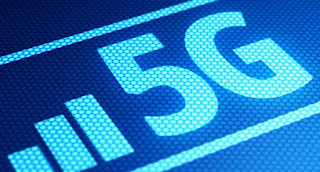 The "space-based network" Thales, Qualcomm, and Ericsson revealed on Monday aims to connect the entire world by enabling smartphones to communicate directly with satellites.

The three companies want to deploy a large number of 5G-capable satellites to provide service to "extreme geographies or distant places across seas."

The base stations and antennas that existing mobile networks use to deliver and receive data could potentially be eliminated by the idea.

However, the idea is still in its early stage.

The companies claimed to have conducted "several investigations and simulations" and will now investigate potential applications for the technology.

In a statement, they added that the outcome "may effectively mean that a future 5G smartphone could access 5G connectivity anywhere on Earth."

Greater security would be one of the potential advantages, which might be beneficial for national governments.

Additionally, they proposed that space-based networks might be utilized as a backup during natural disasters or other widespread blackouts that damage terrestrial networks.

The three companies do not, however, anticipate a quick rollout.

When the first satellites might be used was "too early to say," according to Erik Ekudden of Ericsson.

Within four or five years, according to Thales, a rollout of 600 to 800 satellites might start.