Teslim Folarin Mourns Aseyin Of Iseyin Says; “He Was A Great Father To Many Of Us” 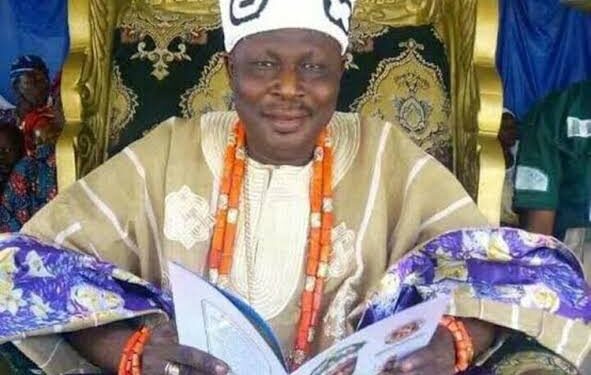 The death of Oba (Dr.) Abdulganiy Salawudeen Adekunle Oloogunebi (Ajinese 1), Aseyin of Iseyin, has been cited as yet another significant loss to Yorubaland by Senator Teslim Folarin, the All Progressives Congress (APC) governorship candidate for the general elections of 2023.
This is stated in a statement of sympathy that the three-term senator personally signed and distributed to journalists in Abuja on Sunday night.
The declaration reads:
“I received the news of His Royal Majesty Oba (Dr.) Abdulganiy Salawudeen Adekunle Oloogunebi’s death with rude shock but with total submission to the will of Almighty Allah”.

“The late Ajinese 1 was a great father to many of us. On many occasions, he invited me to his palace for father-to-son discussions and also on issues bothering on the development of Oke-Ogun zone and Oyo State.

“As Chairman, Baba Aseyin provided qualitative leadership to the Conference of Oke-Ogun Obas and Chiefs. He was extremely passionate about the development of Oke-Oke-Ogun, Oyo State and Yorubaland”.

“The first-class monarch’s death is another great loss to the Yorubaland. The late Ajinese’s indelible fatherly roles in Oke-Ogun and Oyo State would be solely missed”.

“May Almighty Allah Forgive his shortcomings and Grant him Aljanah Fridauz”.
Chima Ugo is a patriotic Nigerian, a journalist, blogger and singer who is so much interested in the internet, journalism, and blogging and have been for half a decade.