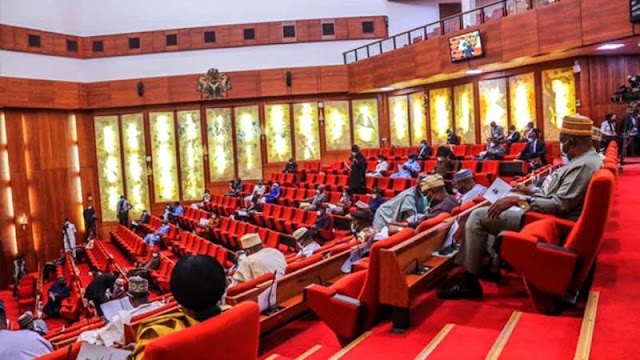 The electricity bill 2022 has been approved by the Senate in an effort to increase the use of generated power and address industry problems.
After the Senate Committee on Power's findings was taken into consideration, the measure was approved on Wednesday.
The measure, according to the committee's chairman Gabriel Suswam, aimed to offer an appropriate institutional and legal framework to capitalize on the meager benefits made during the privatization phase of Nigeria's electric power sector.
When enacted into law, Suswam continued, it would reduce overall value chain losses in the industry.
The legislator claims that the measure will revitalize the institutional framework for the federal government's initiative and reform of the Nigerian Electricity Supply Industry (NESI).
Suswam also revealed that the bill's contents aimed to advance laws and regulations that would guarantee the growth of Nigeria's electricity transmission networks and correct any imbalances in the country's current transmission infrastructure.
He pointed out that the legislation will encourage legislative and regulatory actions to expand the sector's efficient power generation, transmission, and distribution capacities, as well as deal with technological constraints and aging infrastructure that cause value chain losses.
The senate's president, Ahmad Lawan, asked what the role and operational capabilities of the banks that had taken over the Distribution Companies (DISCOs) owed to them were in the middle of debating the measure.
In response, Suswam clarified that the bank takeover of entities (DISCOs) was properly completed in cooperation with the Nigerian Electricity Regulatory Commission (NERC) and Bureau of Public Enterprise (BPE).
He claims that a transitional procedure was put in place during the United Bank for Africa's (UBA) acquisition of the Abuja Electricity Distribution Company (AEDC) to guarantee effectiveness in service delivery.
He stated that in order to expand generation and distribution capabilities, such a procedure frequently entailed inviting additional investors.
Suswam also revealed that Siemens had received 100 million dollars from the federal government to help the distribution end of the power sector get started with transmission.
According to Senator Ahmad Babba-Kaita of Katsina North, DISCOs failed to live up to expectations because of the flawed method they were founded.
Therefore, he encouraged the federal government to guarantee a transparent selection process when choosing corporations to take over nationwide power generation and distribution.
The deputy chief whip, Aliyu Sabi Abdullahi, highlighted that the measure gave renewable energy a prominent place in the overall energy mix.
After the committee of the whole reviewed the committee's report clause by clause, the upper chamber enacted the Electricity Bill, 2022.
In his final remarks, Lawan said, “because of its importance and sensitivity, we will like to see a quick concurrence by the house of representatives.

“This is because time is of the essence as far as Nigeria is concerned when you talk about electricity and energy supplies in Nigeria.

“So, we will like to see that this bill is fully processed in the national assembly and sent to the executive arm of government for consideration and assent by the president.

“We believe that this piece of legislation can change the fortunes of the electricity industry in Nigeria for the better”.