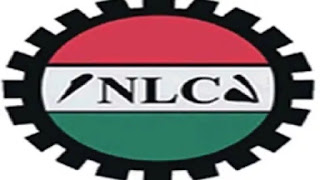 All Nigeria Labour Congress affiliate unions in Ekiti State have agreed to participate in the NLC's solidarity mass protest next week.

The protest is held in solidarity with university lecturers in order to save the country's education sector.

During a meeting at the Ado Ekiti labour house to discuss how to carry out the protest, the various affiliate unions made their commitment known.

JNC Chairman, Mr Kayode Fatomiluyi, and NULGE President, Mr Oluseyi Olatunde, both of the affiliate unions, stated that they have directed all of their members to come out en masse to save the future of the younger generation.

They explained that students from Nigerian universities had overstayed their visas, necessitating the need for the government to hear the lecturers' cries by fulfilling the agreement made with them.

Also, the Chairman of Ekiti State University, Mr Temidayo Aguda, and the Vice Chairman of ASUU, Mr Ayodeji Salami, praised NLC for taking the bold step of joining the academic staff to save University education from collapsing.

Earlier, Mr Kolapo Olatunde, the NLC Chairman in Ekiti State, stated that there would be no retreat from the planned protest, claiming that it was in accordance with the constitution.

Mr Olatunde urged all affiliate union members to gather at Fajuyi Park by eight o'clock in the morning for the rally.