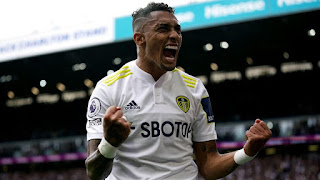 Barcelona made a €67 million offer for Raphinha, which Leeds United accepted.

Raphinha, on the other hand, was only interested in joining Barca.

After receiving an offer from the LaLiga powerhouses, Leeds decided to part with the Brazil winger.

"Raphinha to Barcelona, here we go!" Romano tweeted. After today's proposal was accepted, a complete deal was achieved with Leeds: a fixed sum of €58 million plus add-ons totaling a €67 million package.

"Raphinha only wanted Barça since February and is scheduled to sign until June 2027, time for documentation and contracts," the statement reads.