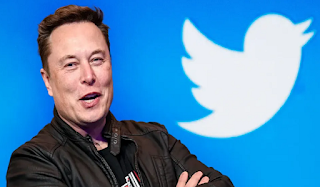 After billionaire Elon Musk announced he was dropping his US$44 billion bid for the firm and the social media network threatened to sue Musk in court to uphold the deal, Twitter shares fell more than 9% on the first day of trade.

In the state of Delaware, where the business is incorporated, Twitter is getting ready to sue Musk. Although the verdict is not yet clear, both parties are getting ready for a protracted legal case.

Musk claimed on Friday that Twitter has not given out enough data regarding the amount of fake accounts using its service.

However, after Musk said that he would purchase the social media site, Twitter stated last month that it was providing him with a "fire hose" of raw data on hundreds of millions of daily tweets.