Uche Onyeagucha: Imo is on the verge of anarchy 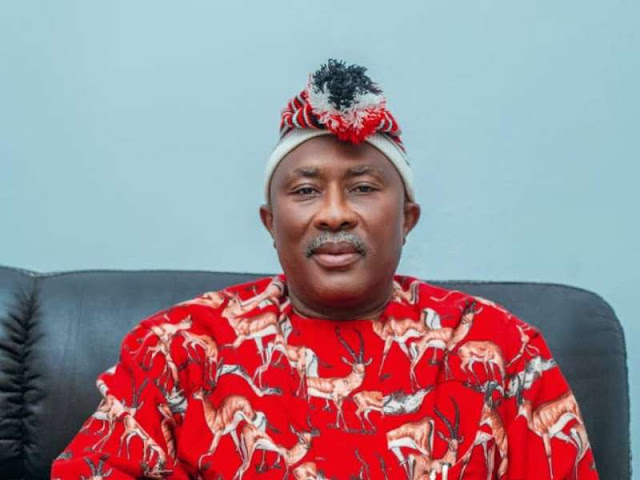 Uche Onyeagucha, the Peoples Democratic Party's (PDP) candidate for the Imo East Senate seat in 2023, claimed Wednesday that the situation in Imo State was descending into chaos.
In a statement released in Owerri addressing the purported deaths carried out by the government's Ebubeagu security unit and the National Broadcasting Commission's (NBC) closure of the Oziza Fm Radio station, he made this claim through his Special Assistant on Media, Macdonald Ebere.
Onyeagucha called the recent events in Imo State controversial and depressing.
The PDP candidate for Imo East Senatorial District, Uche Onyeagucha, expressed concern about the National Broadcasting Corporation's decision to shutter Oziza 96.1 FM, a Catholic-owned radio station in the state.
“Onyeagucha notes that this latest action by the oppressive regime of Senator Hope Uzodimma, after the gruesome slaughtering of fourteen innocent Imo youths at Otulu which is provocative and disheartening.

“Regrettably, rather than appealing to God for self-cleansing, Senator Uzodimma further prevailed on the NBC to shut down Oziza FM for uncovering the nefarious activities of his administration and exposing to the public, his slaughtering spree in Imo State particularly in the Orlu zone using his Ebubeagu militia.

“The instigated closure of the Radio Station is nothing but a calculated ploy by Governor Uzodimma to gag the press and other democratic voices in the state. We condemn in strongest terms, the draconian, strong-arm and headmasters/bravado tactics of Senator Hope Uzodimma to blatantly stifle free speech and independence of the press in the state.

“We call on Imolites, the Catholic community and people of good conscience to rise in solidarity against the further degeneration of Imo State into a state of lawlessness where democratic voices are gagged by the state government,” he said.

In the meantime, hundreds of women and young people from Imo State's Oguta local government area protested yesterday in their neighbourhoods, demanding that the government's Ebubeagu security unit be forbidden from operating there after they allegedly killed a young man named Kelechi Ogbonna last Sunday.
In order to submit their demands, the ladies in black moved the protest around the neighbourhood and to the nearby Oguta Divisional Police Station.
They claimed that the reason they were protesting was to demand justice for Ogbonna, the victim. Additionally, they advised Ebubeagu to go because they feared that if they remained in the neighbourhood, they would exterminate all the local youngsters.
When speaking to police officers at the Oguta Police station, one of the protesters, a woman, whose video during the demonstrations went viral on social media, said, "Please what we are begging you, the police is to tell the Ebubeagu security outfit to leave our community before they kill all our youths.

“Come and save us. Tell them to leave our community so that there will be peace in the land. Ebubeagu should go before they make us childless.”

Protests against the operation of the government's Ebubeagu security outfit were still ongoing as of the time this article was filed in several areas of the state's Oguta local government region.
Chima Ugo is a patriotic Nigerian, a journalist, blogger and singer who is so much interested in the internet, journalism, and blogging and have been for half a decade.