Ukraine: A day after a historic grain deal, Russia strikes a critical port in Odesa 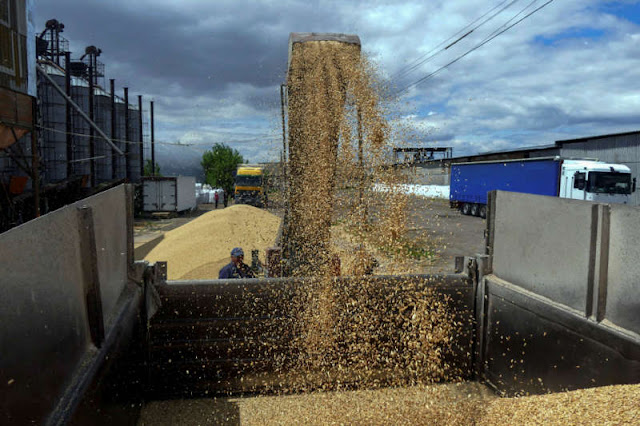 A day after Russia and Ukraine inked a deal to reopen Black Sea ports, the Ukrainian military has reported that Russian missiles had struck infrastructure in the Ukrainian port of Odesa.

“The enemy attacked the Odesa sea trade port with Kalibr cruise missiles; 2 missiles were shot down by air defense forces; 2 hit the infrastructure of the port,” the Operational Command South wrote on Telegram on Saturday.

Odesa, the largest Ukrainian seaport and one of the largest ports in the Black Sea basin, has remained under Kyiv’s control, albeit being blockaded by Russia.

The signing of the deal on Friday – which includes Odesa as well as the ports of Yuzhne and Chornomorsk – has been hailed as a “beacon of hope” by the UN.

Guterres on Saturday “unequivocally” condemned the missile attacks on the port, which is key to the UN-brokered deal.

“The Secretary-General unequivocally condemns reported strikes today in the Ukrainian port of Odesa,” his deputy spokesman Farhan Haq said in a statement.

“Full implementation (of the deal) by the Russian Federation, Ukraine and Turkey is imperative,” he added.

“Striking a target crucial for grain export a day after the signature of [the] Istanbul agreements is particularly reprehensible and again demonstrates Russia’s total disregard for international law and commitments,” he wrote on Twitter.

Analysts say it is unclear whether the Russian strike meant the deal was already over. “We hope not,” Hanna Shelest of the Ukrainian Prism think-tank told Al Jazeera from Odesa.

But the two missiles that landed in the port hit a grain depot, Shelest said, a clear sign that Russia is “bullying the international community” by showing disrespect for a deal it signed only yesterday.

The US ambassador to Kyiv, Bridget Brink, called the strike “outrageous”. “The Kremlin continues to weaponise food. Russia must be held to account,” Brink wrote on Twitter.

Russia and Ukraine are major global wheat suppliers and the war has sent food prices soaring. A global food crisis has pushed some 47 million people into “acute hunger”, according to the World Food Programme.

About $10bn worth of grain – roughly 20 million tonnes of last year’s harvest – are waiting to be exported.

Under the deal, a coalition of Turkish, Ukrainian and UN staff will monitor the loading of grain into vessels in Ukrainian ports before navigating a preplanned route through the Black Sea, which remains heavily mined by Ukrainian and Russian forces.

In a separate incident, 13 Russian missiles hit a military airfield and railway infrastructure in Ukraine’s central Kirovohrad region on Saturday, killing and wounding a number of people, the local governor said.

Governor Andriy Raikovych wrote on Telegram that rescue teams were working at the impact sites, and that one small district of the regional capital, Kropyvnytskyi, had been left without electricity by the strikes.
Chima Ugo is a patriotic Nigerian, a journalist, blogger and singer who is so much interested in the internet, journalism, and blogging and have been for half a decade.