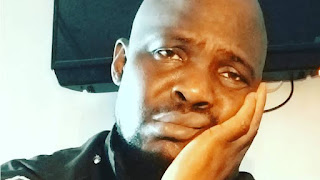 Nollywood star Olanrewaju James, also known as Baba Ijesha, was given a five-year prison term by a Lagos special crimes court for four charges of sexual assault and indecent treatment of a child.

Justice Taiwo judged him not guilty of sexual assault by penetration of the minor on charges 1 and 6, which could have resulted in a term of imprisonment, despite the fact that the acts were found to be in violation of sections 135, 261, and 263 of the criminal laws of Lagos state (2015).

The prosecution's successful proof of counts 2 and 3 that he indecently sat down the girl, who was seven at the time, and rubbed his private area against her body—was determined by the Ikeja court.

The same minor was inappropriately touched by him on counts 4 and 5, and seven years later, in 2021, at her home, he sexually assaulted her by rubbing her body and sucking her fingers. He was found guilty of both counts.

After hearing the defense attorney Kayode Olabiran's request for mercy, the court decided that the sentences should run at the same time beginning on Thursday, July 14, 2022 which means the highest sentence ( 5 years) is the real length of his prison sentence.

The directorate of the Lagos State Directorate of Public Prosecutions, Jide Martins, didn't raise any objections to the defendant's request for mercy, noting that there were no records of the defendant having previously been convicted and leaving it up to the judge's judgment.