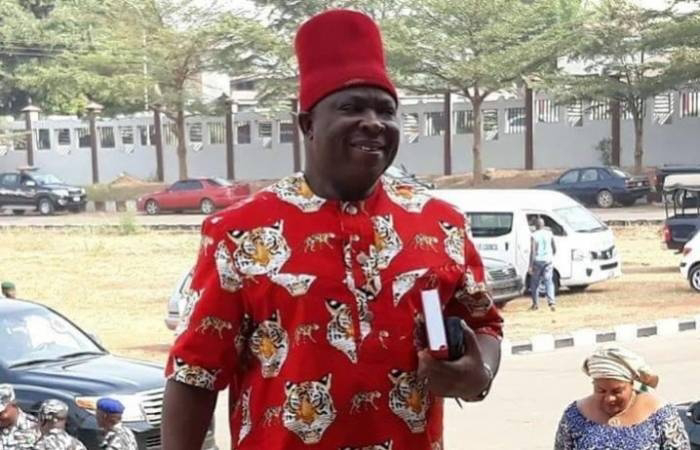 Former national chairman of All Progressives Grand Alliance, APGA, and the candidate of the Labour Party (LP) for Anambra Central Senatorial District for the 2023 general elections, Senator Victor Umeh has expressed optimism that Nigerians would not want to buy hardship again during the elections, saying the era of vote buying had gone for good.
Speaking in an interview in Awka, Umeh observed that having suffered so much, Nigerians have observed that it is no longer fashionable to sell their votes, attributing the new political awareness to the emergence of the Labour Party presidential candidate, Mr. Peter Obi, who has given the electorate the renewed hope for a better Nigeria.
According to him, the presidential bid of Obi is the sucker punch Nigerians need to liberate themselves from the stranglehold of the old order.
He said: “Voters are the driving force of the Peter Obi movement. Every day, people come up with innovations to mobilise support for this movement.
He has become the hottest commodity in demand for Nigerians because the people see him as the only person that can redeem the country.
“Peter Obi’s movement is driving itself. He is not even the one doing it anymore as Nigerians have taken it over.
“People who have never met him before are donating offices to him across the country. I receive all manner of calls across Nigeria from people serving even the present government who want to join the movement.
“As it stands, Peter Obi is the only hope of Nigeria. He is the only person that can redeem this country from collapsing. People have identified it and everyone wants to lend a helping hand to ensure that Nigeria is salvaged in the next year’s election.
“Others are playing politics, but Peter Obi is offering himself to serve Nigeria. In this coming election, there’ll be nothing like structure. The electorates are the structure.
“The country is down, the voters are the most important people in any electoral process. Peter Obi and the Labour party will have the votes of Nigerians.”
Umeh said the Nigeria Labour Congress, NLC, has constituted committees across the 36 states in Nigeria to mobilize workers and the electorate for the Labour Party in the forthcoming election, arguing that no political party has that kind of structure.
“Labour Party is the most popular political movement in Nigeria as of today. As for vote buying, people will eat their money and vote them out. You cannot take the money and buy hardship.
“The issues facing Nigeria will be the bedrock of the decisions people will make. Poverty is ravaging the whole country. The country is collapsing.
“It is a rescue mission. Those who wanted to create ethnic and religious bias have been kept aside and nobody is talking about Peter Obi being an Igbo man anymore.
“Nigerians see Peter Obi as the hope they have been yearning for and he is the instrument God will use to turn things around”, Umeh added.
Chima Ugo is a patriotic Nigerian, a journalist, blogger and singer who is so much interested in the internet, journalism, and blogging and have been for half a decade.