Villarreal defeats Dortmund thanks to a brilliant Chukwueze 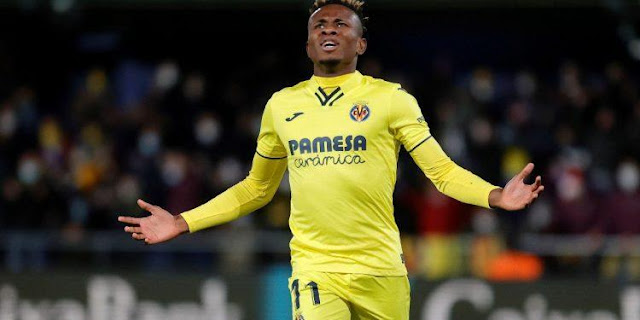 Chukwueze is yet to make a preseason start for Villarreal, and Unai Emery still benched the Nigerian forward against Borussia Dortmund in their third preseason match.

The German team dominated the first half, dominating possession and producing more opportunities. The Villarreal goalkeeper, Geronimo Rulli, saved the Yellow Submarine from certain defeat in the first half.

Even so, Villarreal ended the half ahead thanks to a brilliant goal by Gerard Moreno, giving the Yellow Submarine a lead of one going into the break.

Villarreal came out stronger in the second half. They maintained the ball better and matched the Black and Yellow.

In the 60th minute of the game, Emery made the wise decision to insert Chukwueze, and it paid dividends.

The 23-year-old made a good connection with Moreno and Etienne Capoue nine minutes after Chukwueze's introduction and sent a gorgeous shot into the top corner.

The Yellow Submarine won 2-0, their second preseason triumph thanks to Chukwueze's goal.