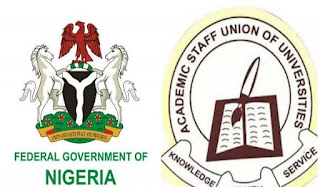 Professor Ayo Akinwole, Chairman of the Academic Staff Union of Universities (ASUU), University of Ibadan, said on Sunday that the union's five-month strike will end once the federal government signs and implements the renegotiated 2009 agreement.

In a statement, Akinwole stated that the union maintained this stance because the Buhari administration had repeatedly demonstrated its ability to abuse trust by failing to honor several Memorandums of Understanding and Memorandums of Action.

Despite the fact that academic staff bore the burden of their salaries being suspended for five months, Akinwole stated that lecturers were determined to win this time.

This, he claims, will provide children from the Nigerian masses, particularly those who cannot afford to send their children abroad, with the opportunity to receive quality education in Nigeria

He stated that Nigerians should not view the strike solely as an ASUU fight, but as a fight that all Nigerians must own if their children are to have a future of quality education.

He went on to say that the ASUU will actively participate in the two-day protest organized by the Nigeria Labour Congress (NLC) and other labor unions in the country.

"Our renegotiation should have ended by 2012, but here we are in 2022, and the government is still playing games with us," Akinwole said.

"We should develop our own solutions rather than relying on others." Unfortunately, we have an uncoordinated Presidency and Cabinet. This strike is not about ASUU; it is about the children of Nigeria.

Nigeria is in the hands of incompetent people as a result of Nigerians' collective negligence.

"The cycle of strikes in Nigeria will not end until we rise above sentiments and elect responsible and responsive people who will be accountable to Nigerians to public offices."

"We got here through collective incompetence in electing incompetent people to public office." The struggle for quality education for the masses' children has devolved into a class war between the economic elite, the working class, and the ruling class, and until we rise up and demand accountability from those in power to do what is best for the majority, the cycle of strikes and underdevelopment will continue.

"Nigerians keep electing people who don't care about them." We worship those with money more than those with right virtues and a concern for society."