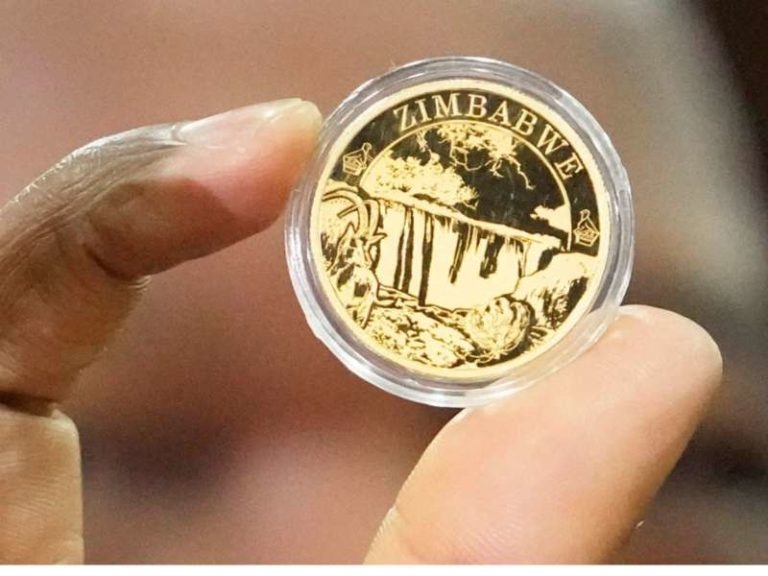 The Reserve Bank of Zimbabwe (RBZ) has debuted gold coins selling at R30 753.60 and have a local value of ZW$805 745.35 by Monday’s prices.
The gold coins are the latest attempt by the RBZ to contain inflation and return confidence in the local currency while at the same time reducing the affinity for the US dollar on the black market.
“We are now providing the store of value, we are providing the gold coin. It’s a genuine coin. There is no need to go on the black market to go and buy the US$ to store value,” said RBZ governor Dr John Mangudya.
Inter-Horizon Group, a local financial services advisory firm, said the coins presented a fresh avenue for arbitrage.
“Given the real effective value of the gold coin in US$ versus the implied [ZWL] price, there’s a clear opportunity for arbitrage and a chance to make above normal returns compared to other investors,” the firm added.
Named Mosi-oa-Tunya in Tonga – loosely translating to “the smoke that thunders” the local reference to the Victoria Falls the country’s prime tourism destination – each coin weighs one Troy ounce with a purity of 22 carats.
The first batch of 2 000 coins was dispatched to banks and the RBZ said it was working on producing lower denominations coins.
While the coins are mostly beyond the reach of many civil servants who earn an average of R3 500 in the local currency, some economists said for high-value transactions the idea could work.
Colls Ndlovu an award-winning banker, formerly with the SA Reserve Bank, said: “Zimbabweans need to create a robust secondary market for the gold currency and begin to proactively use it for their daily transactions through converting them to American dollars while using the gold currency for high-value transactions such as buying cattle, houses, or even paying lobola.”
Based on the relationship people have with the government and its policies, there are suspicions the coins will breed other forms of corruption.
Others felt since government workers have for years failed to get their salaries in US dollars, it was time for them to ask for their salaries to be paid in the gold currency.
Asked why the coins were a better bet at this point, Ndlovu said: “The gold coins are produced in Zimbabwe, therefore, a homegrown local currency is much better than the local dollar.”
More than 90% of gold deposits in Zimbabwe were associated with greenstone belts which were the richest in the world and the mineral was the country’s main export product accounting for nearly R20 billion, according to World Bank data.
Chima Ugo is a patriotic Nigerian, a journalist, blogger and singer who is so much interested in the internet, journalism, and blogging and have been for half a decade.