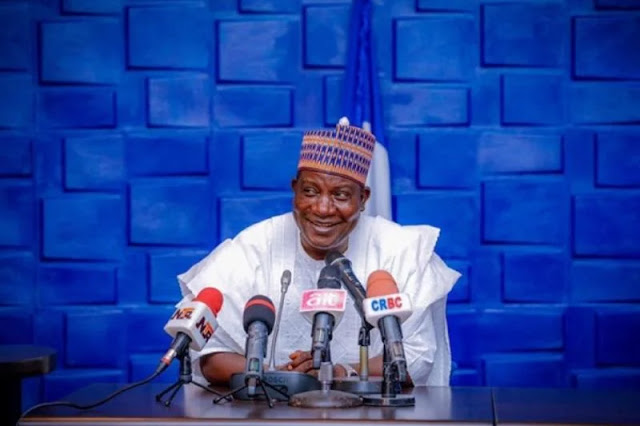 APC supporters in Plateau State have applauded the selection of Governor Simon Lalong as Director-General of the Tinubu/Shettima 2023 Campaign Council.
The appointment is a round peg in a round hole, according to the group that described itself as the APC Strategic Monitoring Team (APC-SMT).
"For most of us, a Presidential Campaign Director-General is not just a mere appointment in the campaign council, rather it is in the heartbeat of the entire transition process and political negotiations that the foundation of a new Government is set after winning an election," said Golepji Wambutda, the group's coordinator, and Bukhari Auwal, its secretary, who read the text at a press conference yesterday at the Nigeria Union of Journalists office in Jos.
“The appointment of Lalong as the Director-General of the Tinubu-Shettima Presidential Campaign Council provides the other leg of the tripod on which the much-yearned inclusion, fairness and equity is needed to stand.

“The campaign DG, as a most critical component of the transition process, will promote the needed balance expected of a diverse entity like Nigeria, including the concerns of faith.

“Should he be vilified for his decision to accept the position of a DG Campaign? No! Not at all! Because it doesn’t make sense for the whole field to be deserted and be left without a mark and effort to correct the anomaly.”