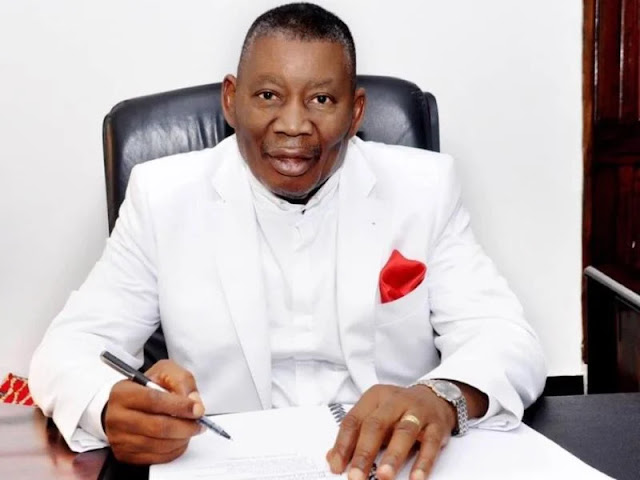 According to Dr. Paul Nwachukwu, emeritus National Vice President of the Pentecostal Fellowship of Nigeria, the decisions Nigerians make in the general election of 2023 will determine the course of the nation.
The future President of the nation would be chosen by God's ministers rather than ordinary citizens, according to Nwachukwu.
This was said by the clergyman on Sunday in Onitsha, Anambra State, at a celebration for his 55th year as a cleric and 75th birthday.
Nwachukwu, who is the Presiding Bishop of Grace of God Mission International, called on the people to be properly guided by prophetic utterances and direction as regards the choice of the next President of the country, pointing out that God used His prophets to do exploits.

He pointed out that there was a divine programme to install a heavenly mandate as the next President of the country.

According to him, the only setback towards achieving the purpose of God to give Nigeria a right leader after His heart was if the people refused to make the right choice.

He noted that the idea of forming a ministry in which the trainee-missioners were equipped and empowered was to go to the hinterlands and win souls for Christ.

The President of the Christian Association of Nigeria, Most Rev. Dr Daniel Okoh, who was also present, said Nigeria would get out of the woods if the citizens vote rightly for a God-fearing President in the next presidential election. Okoh stated that the 2023 election offered the electorate the best opportunity to install the President of their choice through the ballot box.

He expressed the belief that the Church had a great role to play in the emergence of the next President.

“The church is a non-partisan party in election matters, it has a duty to ensure the people are properly guided in the choice of leaders they choose. If Nigerians can unite and forge a common front, the choice to turn around this country is in their hands,” he added.

The Anambra State Governor, Prof. Chukwuma Soludo, in his congratulatory message, described Bishop Nwachukwu as one of the pillars of development in the state.

Soludo, who was represented by his Special Adviser on Political Matters, Dr Alex Obiogbolu, said the celebrant was a man of God who had built great leaders and represented what Christianity was all about.

Contributing, the current National Vice President of the PFN in the South-East Zone, Bishop Maxwell Korie, also described Nwachukwu as a father to many Pentecostal Preachers in Nigeria and abroad, adding that the celebrant manifested virtues of nobility, Grace of God in his exemplary life and giant kingdom exploits.

Also, the General Overseer of All Christian Fellowship Mission, Rev. Dr. William Okoye, noted that Nwachukwu was a spiritual gate keeper of the South-East.
Chima Ugo is a patriotic Nigerian, a journalist, blogger and singer who is so much interested in the internet, journalism, and blogging and have been for half a decade.