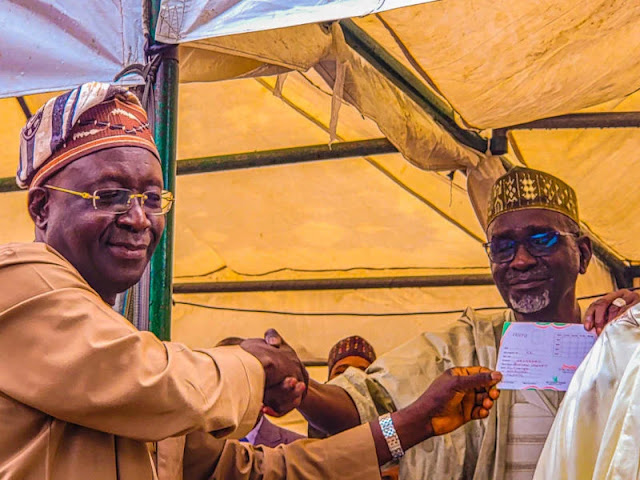 Malam Ibrahim Shekarau, a former governor of Kano State, officially joined the Peoples' Democratic Party (PDP) on Monday after giving up his New Nigeria People's Party bid for the Senate. The current senator for Kano Central declared, "I and my followers have today dumped NNPP for PDP," in front of the Peoples' Democratic Party's presidential candidate Atiku Abubakar, his running mate Ifeanyi Okowa, former vice president Namadi Sambo, and other important party bigwigs. Shekarau left the NNPP penultimate week accusing its national leader, Rabiu Musa Kwankwaso, over failure to implement unpublished terms of an agreement it reached with the group before its defection to the party in May.