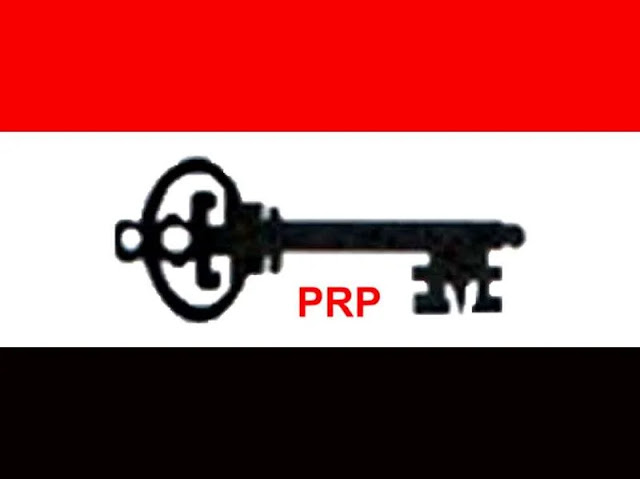 The Peoples Redemption Party (PRP), Ogun State Chapter, has introduced David Bamgbose as its candidate for governor, claiming that he is the most qualified person to lead the state in the political climate of 2023.
After a members' gathering, Bamgbose and his running mate were introduced at the Iwe-Iroyin Press Centre in the Oke-Ilewo neighbourhood of Abeokuta, Ogun State.
At a news conference held following the meeting, the governorship candidate referred to himself as "an eagle which has landed" and said the PRP is a democratic and equitable platform that may result in better leadership.
He said the emergence of the party was the right time for people can take their destiny into their own hands, and that they should be vigilant in looking at the quality, competence, antecedents of candidates and what the party stand for

“I, Prof David Olufemi Bamgbose, stand as a better choice for the people of Ogun State in the forthcoming 2023 general election in all ramifications, coupled with the fact that PRP is a party that identifies with the masses and less privileged in the society,” he said

Bamgbose explained that as the campaign unfolds, the party programmes, manifestoes and focus will be presented to the people of the state and Nigeria, stressing that the party will not be “a government by the few and for the few.”

“We will not be a government controlled by godfathers. The presidential candidate of our great party, PRP, is the scion of the late martyr of democracy. Kola Abiola is a reflection of the struggle and image of the establishment of democracy in Nigeria,” he added

“We will also involve the spirit of the symbol of the democratic struggle, late Chief MKO Abiola, to support us in our strive to establish a truly democratic society that he fought and die for, our society is not free and democratic yet because of undemocratic procedure and effect of monetization of our body polity,” Bamgbose said.

He said education and other dividends of democracy would be paramount in his administration if elected.

“We believe in Ogun State, I lived in Ogun State and we have the major percentage of our investment in Ogun State. We are not emergency politicians who masquerade as philanthropists in the season of election.

“We have been consistent in our services to our dear state and country. This is why we want to escalate what we have been doing in our private capacity to a larger level through the government capacity and resources by the mandate of our people and the grace of God.”