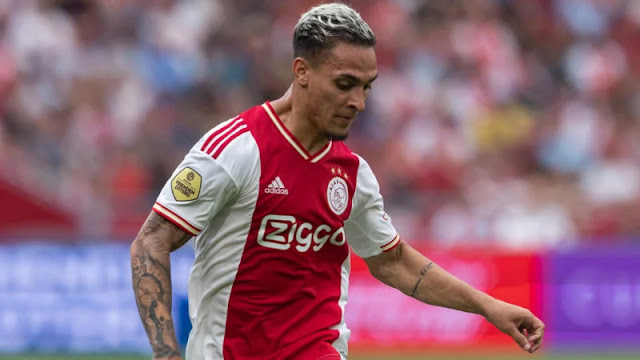 Alfred Schreuder, the head coach of Ajax, bemoaned that "everything is about money" as winger Antony allegedly closes in on a transfer to Manchester United.
The clubs are apparently close to settling on a fee that is rumoured to be approximately £85 million (€100.1 million) for the Brazil international, who appears to be on the verge of joining United.
He collaborated with United manager Erik ten Hag while he was Ajax's head coach, and the wide receiver has been outspoken about his wish to reconnect with his former employer.
In an interview with writer Fabrizio Romano, Antony expressed his desire for the change, stating: "I'm not asking Ajax to release me.
“I’m asking Ajax to sell me with the highest bid ever for Eredivisie player. I’ve been insisting on this theme since February so that the club could rebuild the team with peace of mind.

“I was very happy in Amsterdam, I won titles at Ajax, made friends and built part of my career, but now I reinforce that I am ready and full of motivation to follow my story and my dreams.”

The 22-year-old was left out of Ajax’s squad for their 2-0 league win over Utrecht as it appears his wish to move looks close to coming to fruition, and Schreuder is disappointed with the situation.

After Sunday’s victory, Schreuder told ESPN.nl: “Everything is about money. I think this is sad.

“But this is our world. It’s very sad and I don’t approve that these things at all.”