AMAC chairman tasks journalists to be defenders of justice 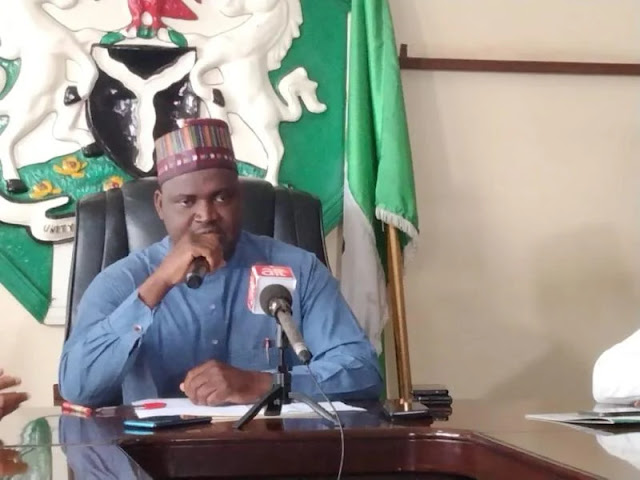 Media professionals have been tasked by Hon. Christopher Zakka Maikalangu, Chairman of the Abuja Municipal Area Council (AMAC), to always campaign for justice to be done in every area of society to promote quick and inclusive development.
He argued that unfairness was what caused the issues and instability in society we are experiencing now and that journalists should use their position as representatives of the third estate of the realm to address it.
According to Maikalangu, who made this allegation at a weekend meeting with the council's leadership and certain members of the FCT Minister's Press Corps (FCT-MPC), AMAC is one of the biggest area councils in the nation.
According to him: “I want you to make good use of your offices and position in the society, to please address injustice because it is an injustice that gave birth to crisis and insecurity in our society today, especially when you are trying to forcefully takeover the peoples’ mandate.

“You have the responsibility to always defend the votes (the peoples’ mandate), by advocating that let justice be done.

“You will all agree with me that on the 12th of February, 2022 election, the election was conducted, and it went smoothly, free and fair.

“I got over 19, 300 votes while my main opponent had 13, 200 plus votes. These figures are right there in the INEC Portal. But, to our surprise, the Tribunal got different figures from nowhere. And from what happened, I believe that the Tribunal was misled. We campaigned and made promises to people better lives, which we intend to fulfil, but someone is trying to take it from them (people).

“By now, ICPC should be investigating those who brought fake INEC results to the Tribunal, otherwise, our 2023 general election is not safe, because what is happening here can equally happen next year”, he stressed.

He, however, adds that “I must commend our President, Muhammadu Buhari, and our FCT Minister, Malam Muhammad Musa Bello, for trading on the path of peace in the FCT. They allowed peaceful elections in the FCT, this ensured that people came out and voted for their candidates. And with the help of God Almighty, I emerged as AMAC chairman.

“Also, we commend INEC for introducing B-vas machine, which ensures that during elections, the moment voting is concluded at the polling units, the result sheet is immediately sent to INEC server. So INEC is moving forward, but some people are trying to take INEC backward, which should not be allowed to stand, as Nigeria must move forward”.

Earlier, FCT-MPC Chairman, Alh. Hudu Yakubu, who described the AMAC Chairman as a media-friendly person, noted that the current administration has so far recognised the media as strategic development partners, which reflects in the appointment of two active Abuja-based media practitioners into its cabinet.

Hudu used the occasion to congratulate Maikalangu as the 19th chairman of the Council, as well as commended him for remaining patient and peaceful, even in the face of challenging political and judicial battles.

He noted: “Thank you for seeing the media practitioners as partners in his quest towards ensuring a better life for the people of the council”.