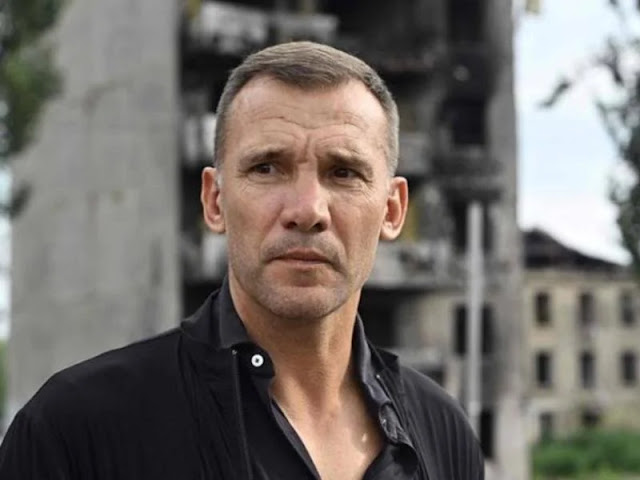 Andriy Shevchenko, a former footballer, was among several Ukrainians honoured for their exceptional devotion to their country six months into Russia's invasion of its neighbour.
Shevchenko was awarded the Order of Ukrainian National Legends on Sunday night for leveraging his celebrity to benefit the country, according to President Volodymyr Zelensky.
Shevchenko has played striker for Dynamo Kyiv, AC Milan, Chelsea, and the Ukrainian national team.
A train conductor who transported passengers escaping conflict zones was also honoured.
During one of the journeys, his wife was slain.
The medals were also given to a firefighter, a doctor couple, a teacher, a singer, and a volunteer who supports the Ukrainian army.
The order was established last year to recognise remarkable contributions to Ukraine's growth.
Ukraine has been resisting Russia’s invasion since February.
Chima Ugo is a patriotic Nigerian, a journalist, blogger and singer who is so much interested in the internet, journalism, and blogging and have been for half a decade.