Angela Eguavoen: Only reason I can go nude in movies 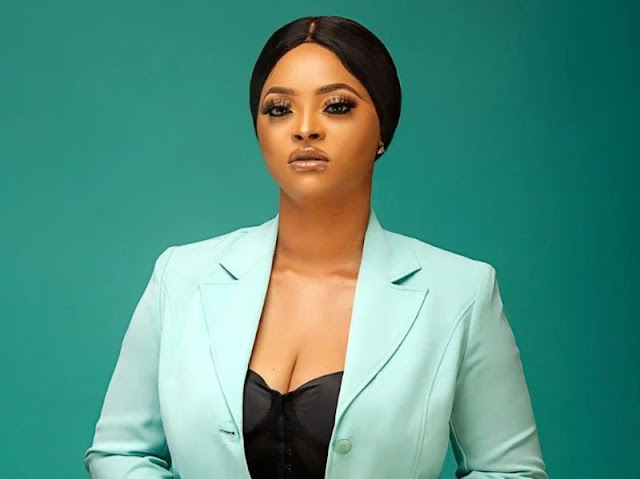 Nollywood actress Angela Eguavoen has disclosed the sole justification behind her decision to appear nude in movies.
She stated she could strip off as required and if doing so would enhance the narrative.
Eguavoen asserts that because "we are in Nollywood," one should be permitted to do whatever with one's body and that an actress' body is a canvas. Many performers in Hollywood perform naked scenes in movies.
“That is why I said when it is necessary, (I can go nude in a movie). It is not just about going naked in any film, one needs to ask if it will add to the story, or is necessary in portraying a character, so that the story would be well told and not look fake.

“As an actress, one should be flexible, and the whole of one’s body should be dedicated to the work,” she said in an interview with The Punch.

Eguavoen added that she didn't think women were paid more than men for acting roles.
The sole reason why many people had such opinion was because female actors frequently flaunt their money by buying vehicles and other pricey stuff.
Eguavoen, a prominent Nollywood actress, director, and TV personality, was born in Nigeria on December 24, 1993, at the age of 28.
In 1993, she was born in the city of Benin to Mr. and Mrs. Eguavoen. She is an Edo State native.
When she was still an undergraduate in 2013, she started her acting career. She took a hiatus, though, to concentrate on her education.
She made the decision to completely pursue her job after completing the NYSC programme.
Since then, she has featured in several Nollywood movies alongside big names like Frederick Leonard, Blossom Chukwujekwu, Ufuoma McDermot, amongst others.
Chima Ugo is a patriotic Nigerian, a journalist, blogger and singer who is so much interested in the internet, journalism, and blogging and have been for half a decade.