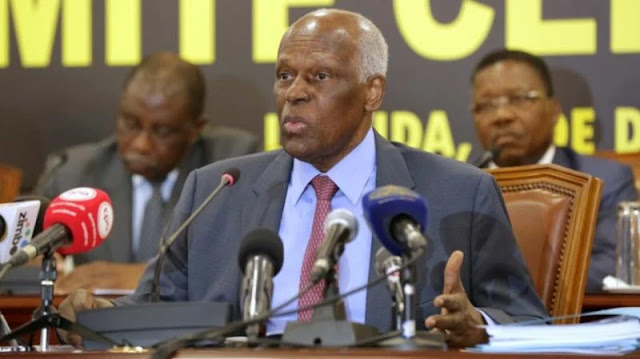 According to a government announcement, the body of former president of Angola Jose Eduardo dos Santos, who passed away in Spain last month, was scheduled to arrive in Luanda on Saturday.
The remains, which have been the subject of a family dispute, have reportedly departed Barcelona and are their route to the capital of Angola, according to a lawyer for dos Santos's widow.
“On Friday we made all the preparations, the customs papers, the embalming, we did everything and, indeed, this morning the body is flying to Angola,” Josep Riba Ciurana, a lawyer for the widow, Ana Paula dos Santos, told AFP.

Dos Santos, who ruled the oil-rich African nation with an iron first from 1979 to 2017, died in Barcelona on July 8 at the age of 79 after suffering a cardiac arrest.

Since then, the question of when and where he will be buried has pitted the Angolan government and his widow against some of his adult children.

A Barcelona court this week ordered his remains to be delivered to Paula and granted authorisation for “the repatriation and international transfer of (his) remains to Angola”.