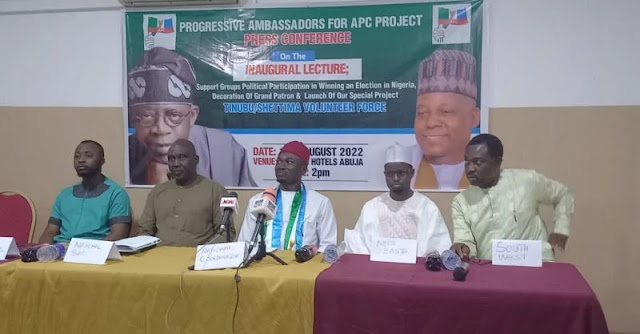 Atiku Abubakar, the Peoples Democratic Party's (PDP) presidential candidate, and Peter Obi, the Labour Party's (LP) presidential candidate, have been referred to as "birds of the same feather" by an organisation known as the Progressive Ambassadors for APC project.
Ikechukwu Norbet, the group's national coordinator, claimed Abubakar and Obi are "desperate" to be in charge of the nation when speaking at a news conference in Abuja on Friday.
Norbert advised Nigerians to be wary of leaders who are in need of help.
“We know Atiku, he has been contesting since 1999. I think he is desperate to become the president – Nigerians should watch out for him,” the coordinator said.

“We don’t want such a person to oversee the affairs of Nigeria. Tinubu has the capacity to deliver and win in any zone, even in the north-east.

“We are not afraid of Obi. He is a bird of the same feather as Atiku. They are desperate politicians jumping from one party to another. Obi is a smaller case for us because politics is not played in social media. We call him a social media president.”

Norbert said Nigerians should move away from the Muslim-Muslim ticket conversion and focus who is competent to lead the country.

“On the issue of Muslim-Muslim ticket in Nigeria, this is the 21st century and Nigeria is supposed to be looking at competence in terms of choosing their leaders,” he said.

“That ticket will fly because we need people that will bring good roads to us, create employment and give us basic amenities. Nigerians should look beyond religion and ethnicity.”

The coordinator said the group would hold a conference at the Nicon Luxury hotel in Abuja on August 30 to bring all support groups of Tinubu and Shettima together.
Chima Ugo is a patriotic Nigerian, a journalist, blogger and singer who is so much interested in the internet, journalism, and blogging and have been for half a decade.