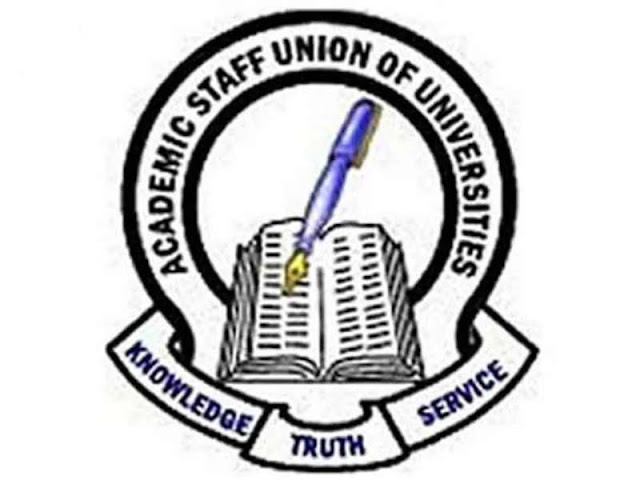 In the course of their negotiations, the Academic Staff Union of Universities (ASUU) has charged some members of President Muhammadu Buhari's executive council with spreading untruths about the union.
The union voiced disappointment over alleged misstatements made by the ministers of education, Malam Adamu Adamu, labour, Chris Ngige, and his counterpart, Festus Keyamo (SAN), who is a minister of state, about matters pertaining to its requests.
This was mentioned in a news release issued on Monday and signed by Professor Emmanuel Osodoke, president of the union.
ASUU National Executive Council (NEC) had held an emergency meeting in Abuja on Sunday to review developments since its last resolution that rolled over the nationwide strike action for another four weeks starting from 1st August, 2022.

The union consequently declared an indefinite strike over failure to reach an agreement with the federal government despite series of negotiations.

The academics said they had been deceived in a lot of ways by the federal government in the course of “fruitless and unending” negotiation exercises.

The statement read in part, “NEC observed with regret that the Union had experienced a lot of deceit of the highest level in the last five and half years as the Federal Government of Nigeria (FGN) engaged ASUU in fruitless and unending negotiation without a display of utmost fidelity.

“NEC noted that ASUU and other well-meaning Nigerians have expressed serious disappointment by and consternation on the attitude of the government conveyed by the Minister of Education, Mallam Adamu Adamu, who had deliberately misinformed the public and reduced the current struggle of ASUU to the payment of withheld salaries, claiming that all other contentious issues had been resolved.

”For the avoidance of doubt, however, none of the issues that forced our union to resume the suspended strike as listed in the December 2020 FGN-ASUU Memorandum of Action (MoA) has been satisfactorily addressed by the Government to date.”

ASUU also accused Ngige and Keyamo of telling lies that the government needed as much as N1.1 trillion to implement the union’s demand for salary increase.

The statement added, “NEC noted with delight that, in defence of the integrity of the process leading to the agreement reached with government, the Briggs Committee has, in a well- publicized newspaper advertorial, confirmed that all the proposals and recommendations it made to ASUU were properly discussed and cleared with their principal.

“The committee also confirmed that throughout the renegotiation process, all the relevant government agencies, including National Salaries, Incomes and Wages Commission, Budget and Finance and Federal Character Commission (FCC), were in attendance. In addition, the paid advert by the Briggs-led Government Team equally showed that the figure of N1.1 trillion quoted by the Minister of Labour and Employment, Dr Chris Ngige, and his Minister of State, Festus Keyamo, and some other government officials as amount needed to implement the salary increase, came from some imaginative blues and was no way close to reality.

“We commend members of Nimi Briggs-led team for their unprecedented act of courage. By this singular act, the team has put the lie to official propaganda against ASUU and the entire renegotiation process.”