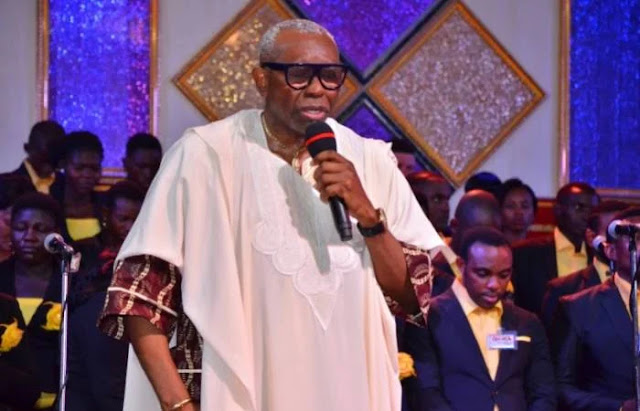 Pastor Ayo Oritsejafor, former President of the Christian Association of Nigeria, encouraged politicians in the country on Sunday to pool resources for lucrative projects and "restore the dignity of labour" among Nigerians rather than tempting the population with crumbs from their stable.
This was spoken by the priest during the first coronation anniversary thanksgiving service held in honour of His Majesty Ogiame Atuwatse III, the Olu of Warri. The celebration took place in the Palace Church in Warri, Delta State.
In attendance at the thanksgiving service were the Deputy President of the Senate, Ovie Omo-Agege; former Delta State Governor, James Ibori; incumbent Delta State Governor, Ifeanyi Okowa; Speaker, Delta State House of Assembly, Sheriff Oborevwori; popular Delta politician, Chief Great Ogboru; Senator James Manager and the Dein of Agbor, Dr Benjamin Keagboekwuzi I, among others.

Oritsejafor appealed to the entire people of the state, with special emphasis on the politicians, to “pool resources together and restore the old glory of the Warri metropolis as an investment-friendly city, thus checkmating the high rate of graduate unemployment in the state.”

He said, “You should endeavour to make Warri become Dubai of Africa.”

The former CAN President advised political leaders to spread the dividends of democracy to the populace by developing the tourism potential across the state through partnership with global investors, many of whom he said are ready to give technical support.

He, however, cautioned that global support may not be easily accessible until the people make a genuine move.

“Once the people start the international community will have the confidence to partner,” the pastor stated.

The event, which climaxed the week-long celebration, featured special prayers for divine intervention in the life of the Olu of Warri, Warri Kingdom, Delta State and Nigeria at large.