Cameroon says schools shut down by separatists have reopened 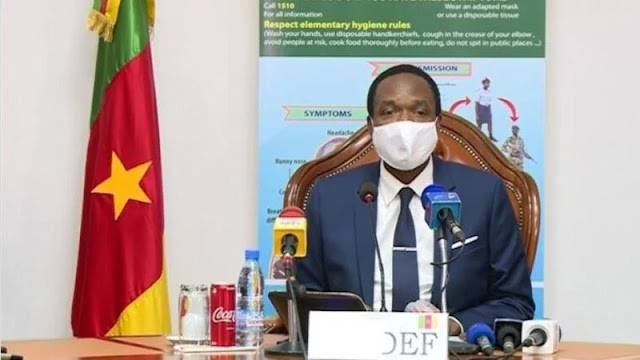 More than 200 schools in Cameroon that had been closed due to separatist threats since 2017 have reportedly been able to reopen for the new school year thanks to improved security in the country's western regions. However, detractors point out that after stating the same thing the previous year, dozens of schools were once again closed as a result of rebel strikes.
school personnel Despite persistent rebel threats against schools that reopen, Monday reassured students, parents, and instructors that their safety is guaranteed.
Top military and security officials gathered on Monday to examine the security situation in the country's western regions in advance of the start of the new school year on September 5, according to Cameron Defense Minister Joseph Beti Assomo.
Assomo assured teachers and students that their safety in all western schools opened by education officials will be protected by government troops.

Ngwang Roland Yuven is the government official in charge of secondary education in the Northwest region.

Yuven says several hundred teachers have not yet reported to their respective schools.

“We expect all the school administrators and all the teachers to be where their schools are located,” he said. “Now if we have some communities where the issue of insecurity is at such a terrible level, it would not even be the teacher or the principal telling us, because all of us would see the realities on the ground. I have always reminded my collaborators, my teachers and principals that whatever difficulty that you have, the problems should be reported so that necessary action is taken.”

Bernard Okalia Bilai, the governor of Cameroon’s English-speaking Southwest region, says the government decided to open the schools in towns and villages where peace has returned. He says he is pleading with civilians who have kept children out of school for a long time to make sure their children have an education which is a fundamental human right.

“The situation being under control does not mean that we have seized all the guns circulating in some remote areas. But that is banditry. All the activities are resuming, life is coming back to normalcy, people are moving freely, but we must remain vigilant behind the government for schools to resume all over in the two{western} regions concerned and all over the republic [Cameroon],” he said.

Capo Daniel is the deputy defense chief of the Ambazonia Defense Forces, one of the separatist groups. He says fighters will not allow any Cameroon government school to reopen in the English-speaking western regions.

“All Cameroon government schools are banned. Schools that are open are doing so under our terms. Some of those directives include students not putting on school uniforms, students not allowed to sing Cameroon national anthem and schools adopting a curriculum that reflects our ideological mindset,” he said.

Daniel said only schools authorized by separatists and created by communities will be authorized to open in western regions.

The government says it has ordered its military to shut down community schools that do not respect the official academic calendar and curriculum prepared by the central government in Yaounde.

Separatists in English-speaking western Cameroon launched their rebellion in 2016 after what they said was years of discrimination by the country’s French-speaking majority. The rebellion degenerated into an armed conflict in 2017 when fighters ordered the closing down of schools and transformed some into separatist training camps.

The conflict has killed more than 3,300 people and displaced more than a half-million according to the U.N.
Chima Ugo is a patriotic Nigerian, a journalist, blogger and singer who is so much interested in the internet, journalism, and blogging and have been for half a decade.