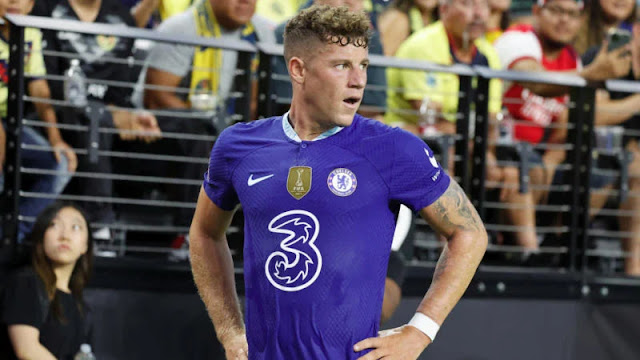 Ross Barkley, who left Chelsea with mutual consent, is now a free agent, according to Chelsea.
After four years, Barkley has left the Premier League team. The midfielder had a deal with the Blues through 2023, but it was mutually agreed to end it early because Stamford Bridge judged him surplus to needs.
The departure of Barkley coincides with a summertime purge at Stamford Bridge, and more departures are anticipated. Callum Hudson-Odoi is anticipated to join Bayer Leverkusen on loan, while Hakim Ziyech has been connected to a return to Ajax.
Barkley never quite managed to live up to the expectations that accompanied his signing for Chelsea from Everton in 2018. The midfielder won the FA Cup and the Europa League with the Blues but the club’s decision to terminate his contract early speaks volumes.

Barkley will now look for a new club. Scottish Premiership side Rangers have already been linked with the midfielder whose status as a free agent is likely to attract admirers.
Chima Ugo is a patriotic Nigerian, a journalist, blogger and singer who is so much interested in the internet, journalism, and blogging and have been for half a decade.