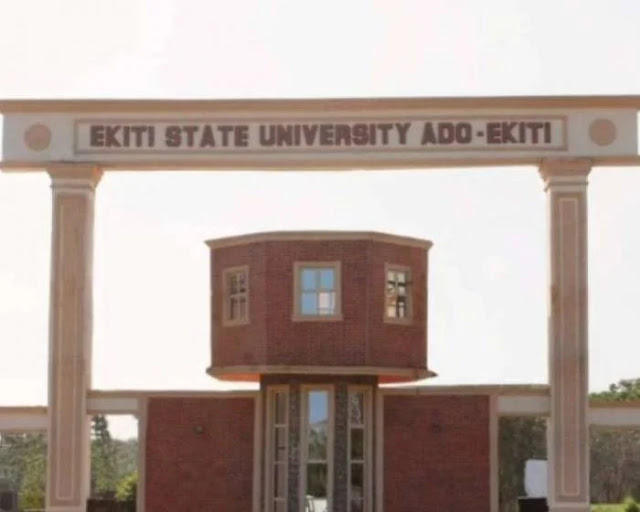 In defiance of the ongoing statewide strike by the Academic Staff Union of Universities (ASUU), the administration of the Ekiti State University (EKSU), Ado Ekiti, has reopened the university for academic activity.
On Monday, August 29, the management instructed the pupils to pick up their academic work.
The EKSU ASUU chapter asserts that the management is independent.
The EKSU chapter of ASUU joined the six-month-old strike after the union demanded that additional reforms outlined in an earlier agreement with the federal government be implemented as well as proper funding for universities.
The vice chancellor of EKSU, Edward Olanipekun, had intimated last week that the school will defy ASUU and reopen the campus for academic activities.
The President of ASUU, Emmanuel Osodeke, had also derided state-owned universities which are not on strike, and described them as “quacks.”

“When you are providing data, look at the background. Kwara State University is not a member of ASUU; Osun State University was suspended for its behavior, you can check, LASU you mentioned, we are in court with LASU because they sacked all our executives five years ago so they are not part of this struggle,” Osodeke had said in a television interview last week.

The EKSU Vice Chancellor, told journalists in Ado- Ekiti on Saturday that the decision to reopen for classes was taken by key members of the institution.

“It was a decision taken by the stakeholders about the effect of this prolonged strike on the institution and our position have been made public about our intention to begin work and restore normalcy,” Olanipekun said.

However, a circular by the institution’s Registrar, Ife Oluwole, noted that the resumption is with respect to old students and the newly admitted ones for the 2021/22 academic session.

“Stakeholders in Ekiti State University, Ado Ekiti, which included the Vice Chancellor and other Principal Officers, Provosts, Deans, Directors, Heads of Departments, Professors and Officers on grade level 14 and above met on Sunday, 21st August, 2022 to review the situation in the University,” the statement read.

“Stakeholders noted the socio-economic effects of the current strike action embarked upon by the staff unions in the University on other stakeholders (parents, students, alumni and staff) and the plea by the parents.

“It further noted that the industrial action is having negative effects not only on the students but also on the University. These include: a) undue prolongation of the academic calendar and the stay of the students on campus; low patronage by candidates seeking admission to the University and inability of Staff to meet up with their financial obligations.

“The negative effects also include inability to pay Staff salaries, among others.

“Participants at the meeting deliberated extensively on the matter and resolved that, in the interest of the teeming population of our students, their parents and the survival of the University, it has become imperative for all members of staff currently on strike in the University to resume normal official activities.

“Consequently, the stakeholders unanimously decided that the University Management should reopen the university without further delay for continuation of academic activities.

“Accordingly, all newly-admitted students for 2021/2022 academic session should also resume on Monday, August 29, 2022 for screening, registration and orientation programme.”

But the EKSU branch Chairman of ASUU, Kayode Arogundade, denied that its members were part of the decision to reopen the institution for academic activities.

He told newsmen on Sunday through a message on Whatsapp that ASUU was not in agreement with the decision and so its members would not be resuming for work.

“No, we are not in agreement with the decision,” said Arogundade.

Several talks with the federal government to end the six-month-old strike had ended in a deadlock with ASUU extending the strike.

There are indications that the ongoing strike would be also be extended for another month or two if a deal was not reached between the union and the federal government.