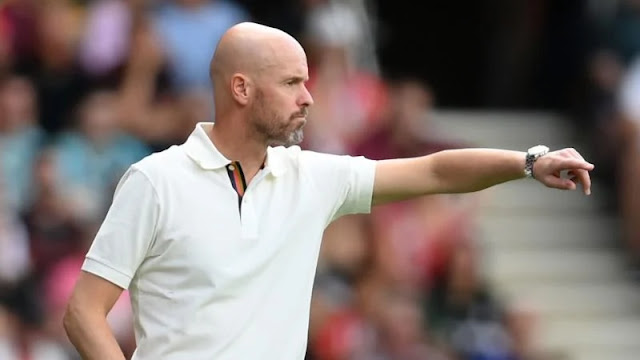 After Bruno Fernandes' goal secured Manchester United a 1-0 victory over Southampton, Erik ten Hag praised his team.
Following losses to Brighton and Brentford, Old Trafford was in a state of early-season doom. However, victories against Liverpool and the Saints back-to-back have dispelled that.
Furthermore, according to Ten Hag, his team is now aware of what is expected of them each week at United.
“[My players] now understand that they have to act as a team, unified,” the Dutchman said.

“That they have to give 100 per cent — 99 per cent is not enough. They have to fight for every ball and if you do that then you have the good base to win games.

“When you are hard to beat [it is difficult for the opponent] and I think that is what you saw today.

“We did it all together and also together with our fans.

“It was really good to give the fans this win, they need it as well, and a win in an away game it was too long ago. But we have to do it much more often.”

And Ten Hag was full of praise for Bruno, who wore the captain’s armband for a second successive game with Harry Maguire on the bench.

He added: “I think he was searching for this moment — I remember his first chance against Brighton.

“I’m sure he’s really [relishing leading] the team in this moment.

“We saw that on Monday with his unbelievable running capacity. With his pressing, with his creating chances and I think today it was the same and if he then gets the reward by [scoring] a goal.

“I’m really happy for him and of course the team.”

With 10 minutes remaining, Ten Hag brought new signing Casemiro on to give him his first taste of Premier League football.

“I think it was quite good for him to see the Premier League, it’s a different style,” Ten Hag said.

“He had pre-season, he played some games, he played 90 minutes [only] one time but he is fit.

“He had a good pre-season with a lot of training sessions and now we have to integrate him in the team in a way of play and a way of integrating with his team-mates.”

United visit Leicester on Thursday night looking for their third victory in a row.
Chima Ugo is a patriotic Nigerian, a journalist, blogger and singer who is so much interested in the internet, journalism, and blogging and have been for half a decade.