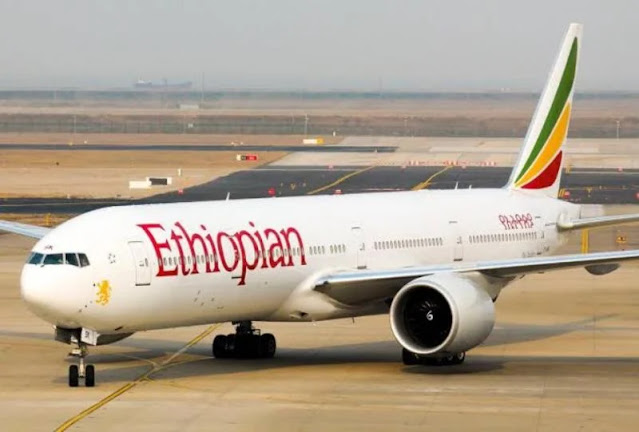 The largest airline in Africa, Ethiopian Airlines, reports that two of its pilots have been suspended after they failed to land on a trip from Sudan to Ethiopia.
According to a story, the pilots allegedly slept off throughout the flight and were only roused by an alarm that went off when the autopilot unplugged.
When the plane failed to land at Addis Ababa Bole International Airport as planned on August 15, flight data collected by the website showed that it was travelling at 37,000 feet on autopilot.
The report states that after numerous attempts to contact the crew, air traffic control (ATC) was unsuccessful.
Furthermore, automated dependent surveillance-broadcast (ADSB) data provided proof that the plane overflew the airport before starting to descend and prepare for a further approach around 25 minutes later.
The airline acknowledged that the aircraft eventually landed safely in a statement on Friday.
The statement, however, did not mention if the pilots had slept.
“We have received a report which indicates Ethiopian flight number ET343 en route from Khartoum to Addis Ababa temporarily lost communication with Addis Ababa Air Traffic Control on 15 August 2022,” the statement reads.

“The flight later landed safely after communication was restored. The concerned crew have been removed from operation pending further investigation.

“Appropriate corrective action will be taken based on the outcome of the investigation.

“Safety has always been and will continue to be our first priority.”
Chima Ugo is a patriotic Nigerian, a journalist, blogger and singer who is so much interested in the internet, journalism, and blogging and have been for half a decade.