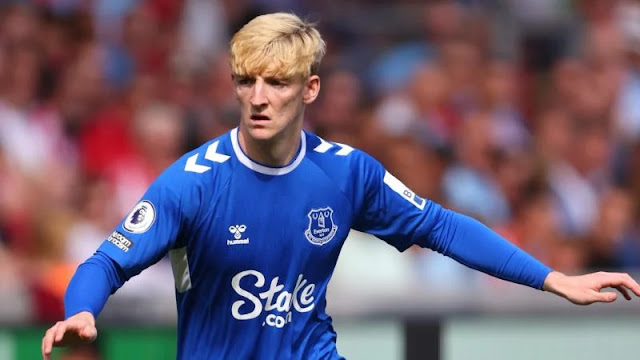 Frank Lampard, the manager of Everton, is certain that Anthony Gordon won't try to force a transfer to Chelsea by sitting out games.
With a reported £45 million ($53 million) deal rejected, the England U21 forward has emerged as a key target for Premier League giants at Stamford Bridge. The Toffees do not anticipate a homegrown star going on strike, but there is still time for another offer to be made.
When asked if Gordon might decline to play in an effort to secure a late-summer transfer, Lampard responded, "Anthony wouldn't, shouldn't, or could't do that with me. He would see a different side of me if he attempted to miss a game. No doubt about that and I think he knows that. I’m not playing the hard one, it’s just that it would be so alien from what I’d expect from him. I just know that’s not him.

“At the same time he’s not a robot and all this attention is difficult. I understand that, I was that ambitious young player. That’s the beauty of Anthony. Hard-working. He wants to be better. He wants to do what he did [on Saturday], which is score goals, run for this team, and that’s why he’s a delight to work with. So there was never any idea that Anthony would act that way.”

Merseyside native Gordon has taken in 64 appearances for Everton since stepping out of their academy system. He has been deployed as a central striker at times this season during the injury-enforced absence of Dominic Calvert-Lewin.

Everton remain reluctant to sell and will want to have Gordon at their disposal when they go in search of a first Premier League win of the season away at Leeds on Tuesday.
Chima Ugo is a patriotic Nigerian, a journalist, blogger and singer who is so much interested in the internet, journalism, and blogging and have been for half a decade.