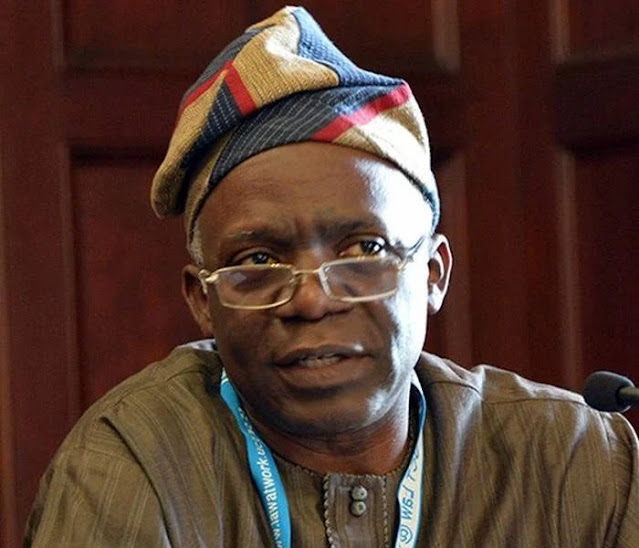 Femi Falana, SAN, a human rights lawyer, has blasted the Lagos State Government for enforcing the setback parking tax in the state.
On Sunday, Falana referred to the practise as unlawful and urged the state government to immediately discontinue it.
In a letter to the food and snack company, the Lagos State Parking Authority declared that it had taxed the company N290,000 for the parking lot outside the company's premises.
In accordance with the letter, the food establishment was required to pay a non-refundable administrative processing charge of N50,000 as well as N80,000 annually for each of the three parking lots.
But the move attracted a backlash from different individuals and groups, including the Peoples Democratic Party, which described it as a plot to milk residents to “finance the individual ambition of one man who had held the state and its people by the jugular”.

In a statement, the General Manager of the agency, Adebisi Adelabu, described the allegation as reckless and mischievous, adding that the agency was established under the Lagos State Transport Reform Law 2019, and an Act of the State Assembly in 2019, to manage parking activities and change the parking culture of the state by implementing policies that were in line with international parking standards.

But Falana said the Lagos State Parking Authority was illegal as the state government lacked the constitutional competence to set up a body for the management of parks under the current democratic dispensation.

“By virtue of Section 7 of the Constitution of the Federal Republic of Nigeria 1999 as amended, it is the exclusive constitutional responsibility of local governments to establish and maintain motor parks in any of the states of the federation. Furthermore, it is the sole responsibility of local government authorities to construct and maintain parks, gardens, open spaces or public facilities as may be prescribed by the House of Assembly,” he added.

According to the human rights lawyer, instead of prescribing how the parks and gardens were to be managed by the local governments, the House of Assembly illegally set up the Lagos State Parking Authority to manage parks and gardens in the state.

He said since the Lagos State Parking Authority was an illegal creation, it lacked the constitutional powers to fix and collect parking levy from residents in the state in “any manner whatsoever and howsoever”.

He added that the attention of the Lagos State House of Assembly ought to have been drawn to the constitutional anomaly.

Falana added, “In particular, the House should be requested to set the engine in motion for the immediate repeal of the Lagos State Parking Law which was illegally enacted to consolidate ‘all that relating to parking and its connected purposes with powers and functions and which states that the Authority shall, among others, be responsible for all forms of managed parking in the State’.

“The policy of the Babajide Sanwoolu administration to move Lagos State towards a 21st-century economy must comply with the provisions of Section 7 of the Constitution and the Fourth Schedule thereof.

“In Airtel Nigeria Limited v Attorney-General of Lagos State & Three Others (2019) 1 NCLR 1, the Lagos State High Court ruled that the bye law which authorises the Eti Osa Local Government Area to collect parking levy from the claimant was in order. Dissatisfied with the judgment, the claimant appealed to the Court of Appeal.

“In dismissing the appeal and upholding the decision of the lower court, the Court of Appeal held that it was unable to agree with the appellant that the third respondent does not have power to make law that relates private parking since there was nothing in the bye law that is inconsistent with Section 7 and Paragraph 1 of the Fourth Schedule to the constitution.

“The Lagos State Government and all other authorities, as well as other persons, are bound by the valid and subsisting judgment of the Court of Appeal on the exclusive power of local governments to regulate and collect parking levy in Lagos State. To that extent, the purported parking levy fixed by the Lagos State Parking Authority cannot be justified under Section 7 of the Constitution. It should be withdrawn without any delay.”