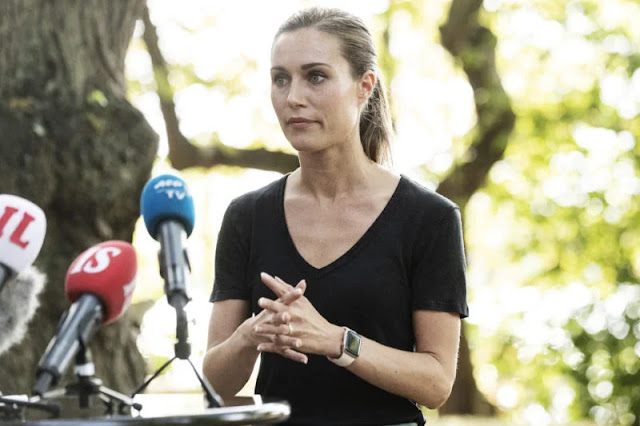 Following the release of film this week that appeared to show the prime minister of Finland drinking with friends, Sanna Marin stated on Friday that she had done a drug test and swore she had never used illegal drugs.

“I have today taken a drug test and the results will come within a week,” she told a news conference. “Never in my life have I used drugs.”

Marin added that her ability to perform her duties was remained unimpaired during the night in question and that she would have left the party had she been required to work.

Video clips of Marin partying with well-known Finnish influencers and artists began circulating in social media this week and they were soon published by several media outlets in Finland and abroad.

Marin had faced calls to do a drug test from politicians in her government coalition as well as from the opposition after the videos emerged.
Chima Ugo is a patriotic Nigerian, a journalist, blogger and singer who is so much interested in the internet, journalism, and blogging and have been for half a decade.