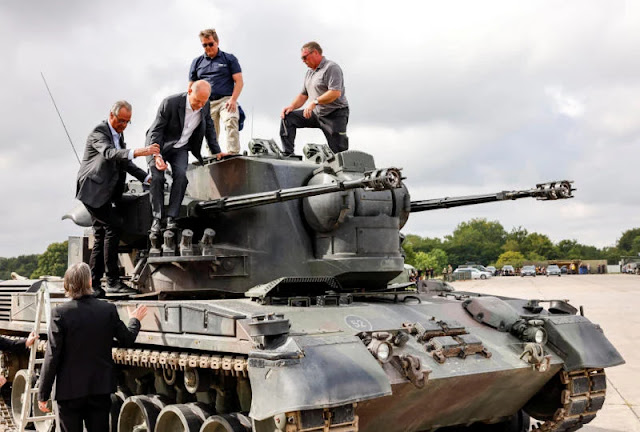 According to the Economy Ministry on Wednesday, German shipments of military hardware have increased significantly so far this year as Berlin provides Ukraine with armaments to aid in its defence against a Russian attack.
According to the ministry, as of August 24, the value of authorised military exports reached $5.11 billion, up from about 2.9 billion euros at the same time previous year.
Olaf Scholz, the chancellor, promised on Monday that Germany would continue to support Ukraine "for as long as it takes." View More
On February 24, Russia invaded Ukraine as part of a "special military operation" aimed at demilitarising its neighbour.
Ukraine and the West describe it as an unprovoked war of aggression that has killed thousands, displaced millions, created food shortages and pushed up energy prices amid unprecedented Western sanctions.
Chima Ugo is a patriotic Nigerian, a journalist, blogger and singer who is so much interested in the internet, journalism, and blogging and have been for half a decade.