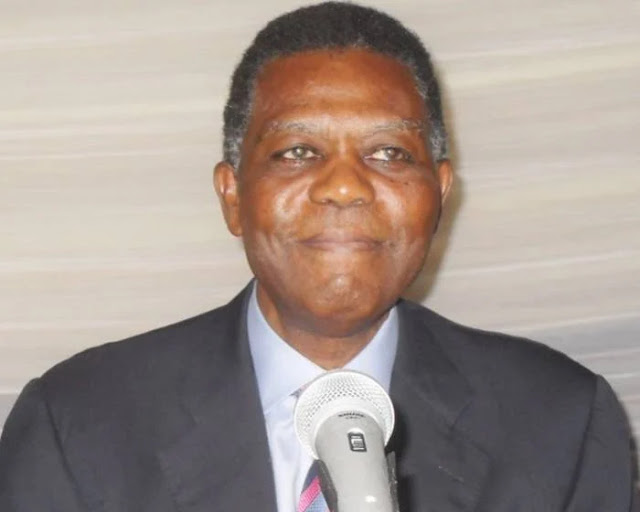 According to Chief Goodie Ibru, a former chairman of Ikeja Hotels Plc, the South-South geopolitical zone, which is made up of six oil-producing states, may influence Nigerian politics provided the people of the entire federation work together.
In order to enhance their lives and families, Ibru urged the residents of South-South who selected Lagos to work together and take advantage of the state's many chances for investment and empowerment.
He claims that Lagos is home to around six million South-South residents.
He said these things recently during the CREDAB Peoples Association's first general assembly, which was held at the Airport Hotel in Lagos. He was happy that the South-South movement had been established at the time.
CREDAB, an acronym of Cross Rivers, Rivers, Edo, Delta, Akwa Ibom and Bayelsa, is a socio-cultural organisation that aims at uniting all the people of the South-south that live in Lagos.

Speaking at CREDAB’s inaugural assembly in Lagos, Ibru urged the south-south people living in Lagos to take advantage of their numbers, currently standing above six millions, to benefit their lives, families and businesses.

Ibru, who recently turned 80, observed that the South-south states “are all oil producing states. There are nine oil-producing states in the country. The others are Ondo, Abia and Imo States.

“If we partner with other oil producing states, we can make up 25 percent of Nigeria. That also means that we are politically relevant. Consequently, we can determine the political future of this country to a large extent if we are united.”

Ibru, former President of Nigeria Stock Exchange, further said Lagos “is very strategic, the fifth largest economy in Africa, although some say it is the third. Lagos is bigger than many member-states of the African Union.”

He, therefore said: “Lagos is a place to be in because it has a wonderful economy and the development is enormous. In the South-south, we have a lot of commonalities.

“We are endowed with natural resources, common culture and common heritage. It is only natural that we get together and forge ahead. I am pleased we are able to get together at last. We can leverage our number, which is over six million, to benefit from opportunities.

“If we want to raise money today to help members of the South-south in Lagos and we get a contribution of N1, 000 from each member, we will have N6 billion. That will empower our people in Lagos State. That is significant,” Ibru said.

In his remark at the assembly, Egube revealed that the association was created about two years ago to give people of the South-south a platform to have a voice as well as gain empowerment opportunities abound.

Egube, currently Chairman, CREDAB Board of Trustees, said the executives of the association have sought a partnership with Lagos State Health Management Agency (LASHMA) to log in over 150 registered members of the association for free in the Lagos Health Insurance scheme.

“We are glad to announce to us that because of the importance to the health systems and healthcare to our people. CREDAB has partnered with LASHMA on ILERA EKO to offer free healthcare insurance to over 150 registered members.

He, therefore, urged members of the association “to tap into many of the programmes provided by the Lagos State Government like the LAGRIDE; empowerment schemes in the Ministries of Wealth Creation and Employment, Women Affairs and Poverty Alleviation and, as well, in Agriculture.”

They attended the assembly to enlighten over 800 members of CREDAB at the inaugural assembly on the numerous benefits of the state government empowerment initiatives.