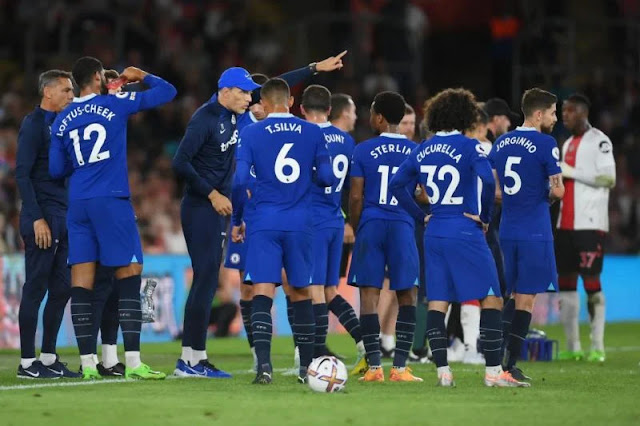 John Terry, a former player for Chelsea, has expressed his sadness following the team's upsetting loss to Southampton on Tuesday.
The Blues had taken the lead thanks to goals from Raheem Sterling and Romeo Lavia before Adam Armstrong and Thomas Tuchel's team suffered their second loss in as many league games.
As the transfer window closes, Terry, who is largely considered as one of the club's all-time greatest players, thinks the current Chelsea team appears "unbalanced."
I detest seeing us lose, he remarked in a tweet on Wednesday morning.
‘Southampton were very good, but we look very unbalanced at the minute. I can’t wait for the window to close and get our settled squad, team and formation.’

In the same tweet, Terry also hailed defender Reece James – stating that the club miss the 22-year-old when he doesn’t play.

The England international missed the game at St Mary’s due to illness.Terry commented: ‘We miss Reece so much when he doesn’t play. 22-years-old and a future captain in my opinion.

The former centre-back is better placed than most to give his opinion on who should be Chelsea captain, after winning 16 major trophies during his time wearing the armband at Stamford Bridge.

‘Your man Todd Woodward needs to stop wandering round like a kid in a sweet shop!’ Neville replied to Terry.

Chelsea have already recruited Raheem Sterling, Kalidou Koulibaly and Marc Cucurella this summer – with an outlay close to £150million so far.

The club however have lost some big names this summer with Antonio Rudiger and Andreas Christensen leaving at the end of their contracts, with Romelu Lukaku and Timo Werner also leaving the club on loan.

Chelsea are eyeing up a number of potential transfers before the window comes to a close on Thursday.

The Blues are set to confirm a move for Leicester centre-back Wesley Fofana in a deal which will be worth £70m plus add-ons, after the Frenchman completed his medical in New York.

Chelsea are also in talks over a £75m deal for RB Leipzig centre-back Josko Gvardiol – in a move that could see the Croatian loaned back to the Bundesliga side for one season.

Tuchel’s side have also been keen on signing Everton star Anthony Gordon before the window closes.

However Terry’s former team-mate and current Toffees manager Frank Lampard, stated on Tuesday that the club won’t consider doing business with Chelsea after they failed to meet the deadline he had in mind.
I work at Prime 9ja Online Media as a News Reporter and Editor.