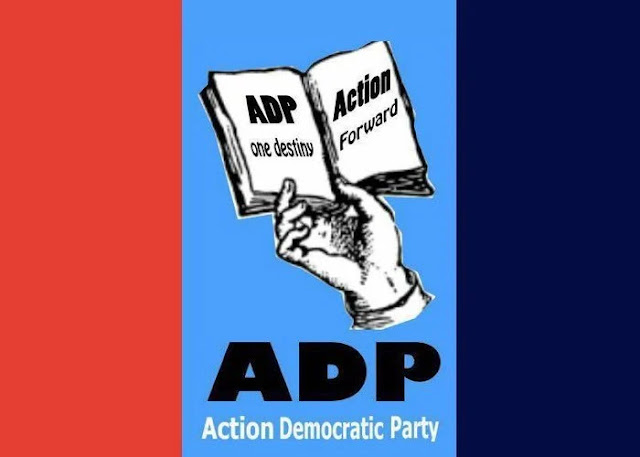 The Action Democratic Party's national chairman has come under fire from the Kano State chapter of the Inter-Party Advisory Council for being "unscrupulous" in not keeping the commitments he made to the party's state governorship candidate, Nasiriu Koguna, who withdrew his name from consideration.
The State IPAC chairman, Salisu Umar, expressed his condemnation in a statement, a copy of which was made available to journalists in Kano on Tuesday.
The statement, which was also signed by representatives of 14 of the 18 registered political parties, said Koguna participated and won a primary election through unanimous endorsement by the 748 eligible delegates. His name was forwarded to INEC, which was published accordingly.
According to the statement, an investigation by IPAC revealed that after the nomination and publication of Koguna’s name as Kano state gubernatorial candidate of ADP, the national chairman of the Party approached him (Koguna) and persuaded him to withdraw his candidature.

“The suggestion of the National Chairman of the Party to Nasiru Koguna is but with some promises and gentlemen’s agreement to be honoured by the party.

“Based on the promises made to Nasiru Koguna, he consented in good faith to pave the way as requested by the party’s National Chairman as an opportunity to consolidate the power of the Party within the Kano political arena.”

IPAC noted that after Koguna gave his consent, none of the promises or agreements made to him had been kept or fulfilled, leaving him with no option but to take legal action against the party and its national leadership to redeem his esteemed candidature.

“Based on the above rigmarole, the IPAC loudly condemned the attitude of the ADP Kano State and the National Chairman of the Party for being so unscrupulous in not fulfilling the promises they made to Nasiru Koguna,” the statement said.

The council, therefore, urged the parties involved in the issue to ensure an amicable resolution of the dispute for political peace, stability, and harmonious relationship within the political parties in the state.
Chima Ugo is a patriotic Nigerian, a journalist, blogger and singer who is so much interested in the internet, journalism, and blogging and have been for half a decade.