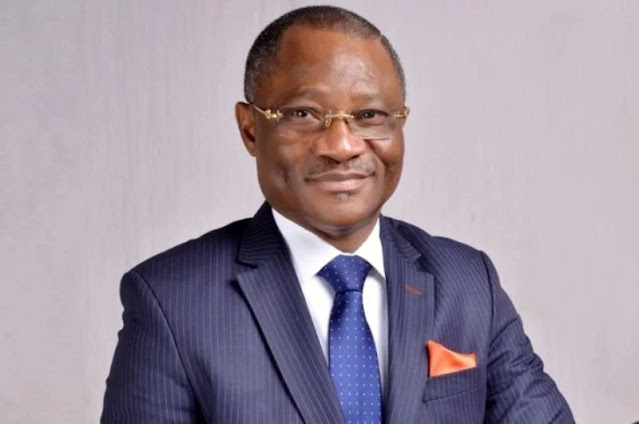 Engr. Ife Oyedele, Executive Director (Networks), Niger Delta Power Holding Company (NDPHC), has been praised by President Muhammadu Buhari for winning the title of "Voice Achievers African Man of The Year 2022."
The Voice Africa Magazine, a news publication based in the Netherlands, recognised the electrical engineer from Ondo State and presented him with the prize during the 12th edition of its award ceremony for distinguished service to his nation and the continent of Africa.
The Voice Africa Magazine in the Netherlands gave Oyedele the award, which honours Africans who have excelled in service to their nation and continent.
In a statement by Femi Adesina, the President's Special Adviser for Media and Publicity, Oyedele was praised by President Buhari for his commitment to the nation's development through his profession (electrical engineering).
He added that Oyedele was qualified for the prize because of his involvement in democratic processes, including his active participation in the APC's merger.
President Buhari specifically thanked the organisers for selecting Oyedele to deliver the keynote address at the ceremony that took place in The Gambia, with a focus on "Reinventing Africa's Future through Participation." He praised the Netherlands magazine for honouring Oyedele and other Africans who have distinguished themselves in service to their nations and continent.
He, therefore congratulated other recipients of the prestigious awards, among who are President Adama Barrow of The Gambia, the First Lady of Sierra Leone, Fatima Bio, among many other diplomats, political, traditional and business leaders across Africa.

Meanwhile, Oyedele’s advisor, Otunba Femi Salako, said the Okitipupa-born engineer has also impacted on his people through his Foundation.

He described him as a philanthropist who has empowered several people in terms of scholarship awards and provision of working tools and cash to artisans and petty traders boost and start off their businesses.
Chima Ugo is a patriotic Nigerian, a journalist, blogger and singer who is so much interested in the internet, journalism, and blogging and have been for half a decade.