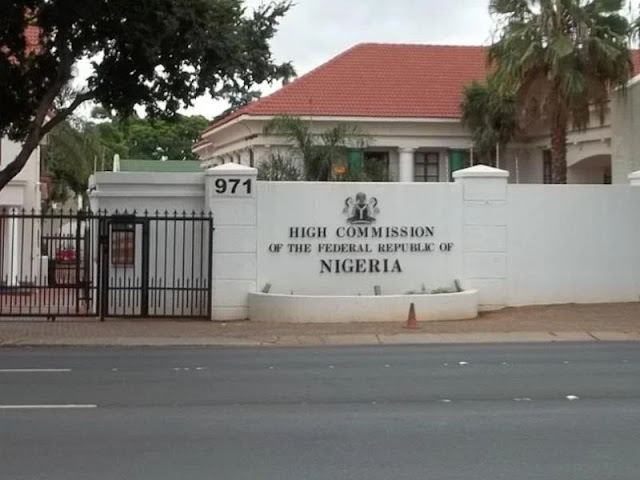 Nigerians residing in South Africa have been informed of a planned attack on foreign nationals by the Nigerian High Commission in Pretoria, South Africa.
"This is to advise Nigerians living in South Africa to be vigilant and exercise caution in their activities due to the recent utterances of the proponents of the Operation Dudula and their threats to attack foreign nationals in this country," the consular section of the embassy wrote in a memo dated August 24.
The group (Operation Dudula), according to the letter, scheduled a march against foreign migrants in South Africa starting on September 2nd through public announcement and social media video clips.
The march, according to the embassy, is intended to protest undocumented foreign nationals as well as foreign shop owners and business owners.
Violent attacks on Nigerians and other Africans have regularly erupted in South Africa partly because some South Africans accuse foreigners of dealing drugs or taking their jobs.

In 2019, at least 10 deaths were recorded, including two foreigners, and many businesses were destroyed, prompting Nigeria to recall its ambassador while President Muhammadu Buhari sent a special envoy to South Africa.

The South African government who had largely blamed the attacks on criminals, later admitted that some of it was being driven by xenophobia.

The attacks led Nigeria to boycott the World Economic Forum in South Africa which was to be attended by Vice President Yemi Osinbajo.