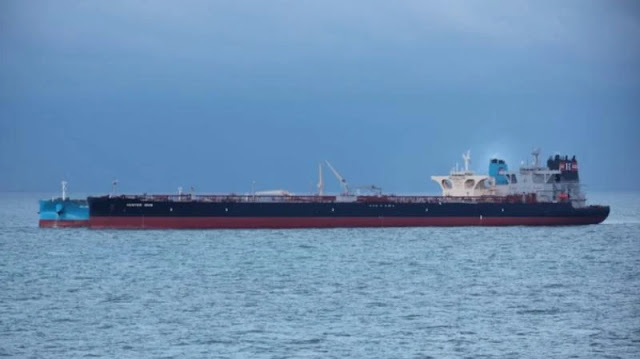 Contrary to rumours, the MT Heroic Idun had no opportunity to carry crude oil product before being accosted by Nigerian Navy Ship Gongola at the Akpo oilfield terminal, according to the Nigerian Navy.
The vessel spent about 12 hours in Nigerian seas and roughly 20 minutes near the oilfield, according to Vice Admiral Awwal Gambo, the chief of the naval staff, who made this statement in Abuja through Rear Admiral Saidu Garba, the chief of policy and plans.
He emphasised that there had not been a pirate attack in Nigerian seas in the previous year and said that the vessel had not yet started loading at the specified oil field when the Navy Ship Gongola approached it for questioning and gave the order to anchor in Bonny.
He said, “On 7 August 2022, it was observed that a very large crude oil carrier MT Heroic Idun entered the Nigerian maritime environment and headed for Akpo field without any form of authorisation or clearance. MT Heroic Idun (IMO: 9858058) is registered in Marshall Island with an overall length of 336 metre and capacity of 3 million barrels.

“The vessel arrived Akpo field midnight of 7 August 2022 with obvious intention of lifting crude oil within the field. This was, however, spotted by the Nigerian Navy Maritime Domain Awareness facility which probed the legitimacy of the very large crude carrier’s presence in the total SA operated by Akpo field.

“The outcome of all relevant enquires from controlling agency, NNPC Ltd, revealed that the vessel was not cleared to be in Akpo oil field.”

He said Nigeria lost nothing to the vessel, as NNS Gongola was deployed on August 8, 2022 and interrogated MT Heroic Idun, asking critical questions including mission and approval status.

“The Captain of the vessel duly responded to the questions and further stated that the MT Heroic Idun was without relevant clearance to operate in the field.

“Accordingly, the vessel was in line with normal procedure, ordered to turn around and follow NNS Gongola to Bonny anchorage pending when she will be cleared for loading by NNPC Ltd.

“However, the Captain after contacting the master/shipping agent refused to cooperate with NNS Gongola and stated that she had been told not to take directives from the Nigerian Navy Ship,” the Naval Chief further added.

He noted that the defiance to constituted authority by the Captain of the vessel necessitated the Navy to invoke the collaboration of neighbouring Equitorial Guinea through the Yaounde architecture to arrest the vessel.

“I must state that the Nigerian Navy surveillance facility was used to track and constantly update the Equitorial Guinea Navy on the location of the rogue vessel,” he said.

“While inside Akpo oil field, MT Heroic Idun approached the single Buoy Mooring between 1143 and 1208 at slow speed of about 3Kn, suggesting likelihood of commencing mooring operations but later aborted that motive and retreated outside the field.

“Clearly, she had not commenced taking products from the oilfield as being falsely alleged in some quarters,” he explained.

He explained further that it was not a crime for vessels to come into Nigerian waters ahead of time without clearance pending same from authorities.

“It is worthy to note that it has been the Nigerian Navy’s modus operandi to to monitor crude oil tankers that approach loading terminals without necessary clearance,and effect arrest until the relevant agency approves their legitimate operation in order to avert crude oil loses adduced to theft,” he stated.
Chima Ugo is a patriotic Nigerian, a journalist, blogger and singer who is so much interested in the internet, journalism, and blogging and have been for half a decade.