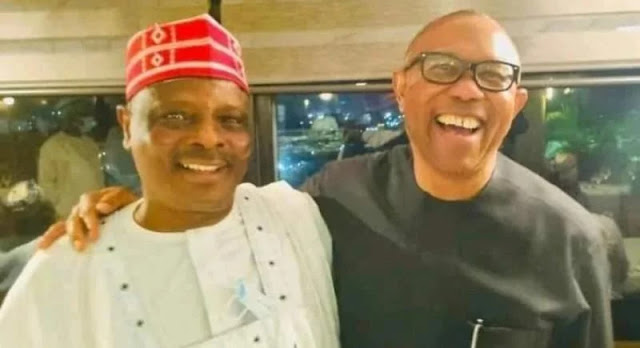 Rabiu Musa Kwankwaso of the New Nigeria Peoples Party (NNPP) and Peter Obi of the Labour Party (LP) failed to reach an agreement after alliance talks, according to Prof. Rufai Alkali, the NNPP's national chairman.
Alkali claims that the failure of the merger negotiations was due to the LP camp's insistence that the NNPP yield the presidency to them.
On Sunday, August 28, 2022, in Abuja, he made this statement while addressing journalists at the NNPP secretariat.
“A technical committee was set up to work out the alliance.

“But for the eight hours that they met, the LP camp said just one thing; that Kwankwaso should concede the presidency to Obi, that it was the time of the South East to become the president,” Alkali said.

Alkali claimed that the LP camp supported Kwankwaso as a strong candidate but believed that the South East should be responsible for producing Nigeria's future leader.
Peter Obi is charged with information leakage: The NNPP Chairman claimed that the Obi camp broke the alliance talks down by leaking the discussions on social media while the negotiations were still going on.
He added that the LP camp informed the media of a breakdown in the negotiations when the negotiations came to a standstill.
Chima Ugo is a patriotic Nigerian, a journalist, blogger and singer who is so much interested in the internet, journalism, and blogging and have been for half a decade.