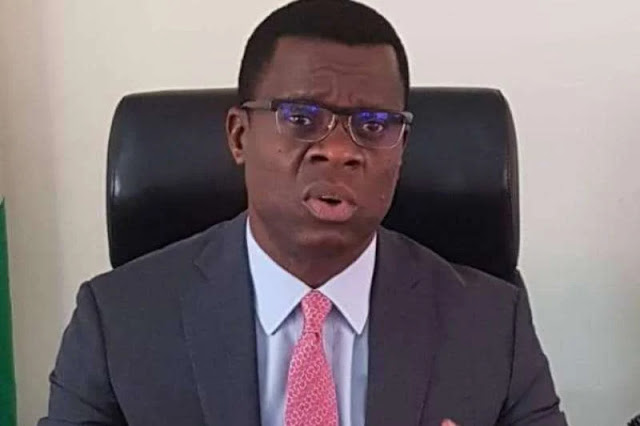 Olumide Akpata, the immediate past president of the Nigerian Bar Association (NBA), has praised Barrister Mike Igini, the former Akwa Ibom State Resident Electoral Commissioner (REC) for the Independent National Electoral Commission (INEC), for his exceptional work as an electoral umpire.
The honours were awarded when Commrade Igini's friends, coworkers, and admirers laid out the carpets and drums to honour a "no nonsense elections expert" for his impeccable and superior service after 10 years at the Commission.
Recall that on August 15, following the conclusion of his second term with INEC, the former Akwa Ibom State REC departed from his position.
Taking advantage of the Nigerian Bar Association, NBC Annual General Conference holding at the Atlantic City, Victoria Island, Lagos, a select group of friends of Igini, treated him to a lavish party and reception at prestigious Pearl Garden Chinese Restaurant on Tiaminu Savage Street, Victoria Island, Lagos.

In his remarks at the occasion, President of the NBA, Olumide Akpata noted that the reception was to say thank you to Igini for a job well done and also help to promote the replication of people like him in public office.

According to him, “Igini has done well and made us proud, I am proud to call him my friend.”

Osa Director, a veteran journalist and lawyer said Igini has made adherents of social activism proud.

In his words, “we have seen activists go into government and public offices, we all know how most of them ended up, Igini showed character and commitment to integrity and the virtues of accountability and transparency while on duty.”

In his response, Igini, who was caught by surprise at the gesture, thanked his friends and colleagues for the kind gesture to honour him and promised never to let them down both in his public and private life.

He saud, ” No greater encouragement or honour would friends give than what you have all done for me tonight. I gave my all without thoughts of reward in the last ten years in the service of the fatherland ensuring that we gave meaning to the ballot as the best means of the expression of the will people in a democracy.

“We must take the leadership recruitment process very seriously because everything rises and falls with leadership. No matter what we have gone through as people, hope is still reborn in us and help is on the way with the forthcoming 2023 elections.

“We now have a new 2022 Act that has secured INEC processes and procedures making the polling units result upload as the center where the choice of Nigerias is determined finally and conclusively. Interestingly, we presently do not have a problem of who amongst the candidates can fix the problems of the country.

“In fact, the Political parties have presented competent candidates with track records that Nigerians can elect as president and governors. All that is required of all who want this country to progress is to ensure that we have a peaceful and violent free election in six months time.

“Clearly and undoubtedly, with the candidates that have emerged for the presidential contest, help is on the way for Nigeria.”

Meanwhile, Nigerians in the United States have organized a party to appreciate Igini for his outstanding performance while in office.

A friend of the former Akwa Ibom REC said “Nigerians at home and in the Diaspora want the likes of Igini in INEC to ensure that we get our electoral process the way it should be.

“We had wanted him to be promoted to a higher position in INEC because of the good work he was doing alongside some officials of the commission that have displayed high sense of integrity.”
Chima Ugo is a patriotic Nigerian, a journalist, blogger and singer who is so much interested in the internet, journalism, and blogging and have been for half a decade.