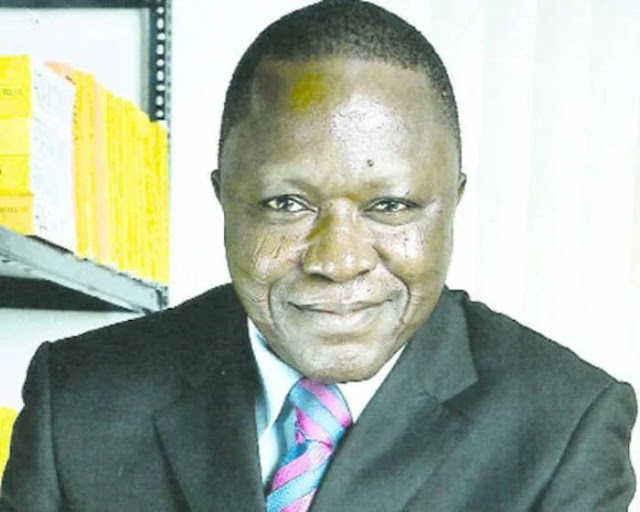 Prior to the 2023 general elections, the All Progressives Congress (APC) in Oyo State has charged Chief Niyi Akintola with sabotaging the rise of the party's candidates.
It was claimed that Akintola's recent anti-party remarks were intended to sow division within the party and make Governor Seyi Makinde of the Peoples Democratic Party eligible for reelection (PDP).
Akintola would be recommended for expulsion from the APC if he does not stop engaging in behaviour that could harm the party, according to a statement made by the APC Ward 9 Chairman, Ido Local Government, Hon. Ismail Babatunde.
Akintola, a Senior Advocate of Nigeria (SAN), while featuring on a radio programme in Ibadan on Saturday demarketed APC and its governorship candidate Senator Teslim Folarin.

APC said Akintola adopted the same strategy in 2019 by lending his supporters to vote for Seyi Makinde, adding that the party is not surprised that the SAN is once again playing the spoiler game.

APC noted that Akintola urging his supporters to vote for opposition parties in the upcoming polls is a confirmation of the alleged deals with Makinde.

“The statement reads: “Our attention has been drawn to the series of unguarded utterances made by Chief Niyi Akintola disregarding the Oyo APC and its 2023 governorship candidate, Sen. Teslim Folarin while featuring on a radio programme in Ibadan on Saturday.”

“It is despicable that Chief Akintola, a SAN, whose conduct should be guided by his enduring experience and professional practice went on air to unleash denigrating remarks on a party that breathed life to his dying political career because he lost the bid to secure the party’s 2023 gubernatorial ticket.”

“While he should have realized that he flunks every contest because of his lack of political will and acceptance, he blames everyone but himself for his shortcomings.

“Akintola has a long history of betrayal dating back to his short-lived reign as Deputy Speaker of the Oyo State House of Assembly, but one is tempted to believe that he has outgrown petulant emotions until he speaks and reinforces the fact that he is still bound by his natural instinct of peddling emotive assertions and telling barefaced lies. Decency has never been Akintola’s strong suit.”

“He only gets animated during election season to source patronage for his usual transactional politics. His loyalty has always been up for auction and it tilts toward the highest bidder”.

“His disregard for the party and President Muhammadu Buhari which has always been in the full glare of the public was also on display throughout the radio programme. Akintola deliberately feigned ignorance of the President’s directive that all party members must work assiduously for the emergence of all candidates fielded by the APC across board because of the personal gains he seeks from his PDP dalliance.”

“Akintola’s APC membership is merely a smokescreen for double-dealing and divisive tendencies while he rolls over for crumbs at the table of the PDP. It is however shameful that someone of Akintola’s pedigree who prides himself on being a political gatekeeper lacks the courage of his convictions by constantly seeking public validation as an APC stalwart when he truly belongs to the PDP.”

“Chief Akintola’s anti-party acts, in addition to his documented unholy transactions, are enough to recommend his expulsion from the party; nonetheless, we will not rush to initiate the process. Instead, we are strongly warning him to retrace his missteps”.

When contacted, Akintola said the chairman, who was said to have signed the statement has denied it, saying that N1b suit has been slammed against the chairman to produce those behind the purported statement.

He said: “Ismail is a carpenter who can not read or write, so how can an illiterate signed a document?

“I’m a lead councel to APC across the nation, I’ve holds many briefs for them and I’ve been given 11 letters of commendation for doing free job (pro Bono) for the party.”