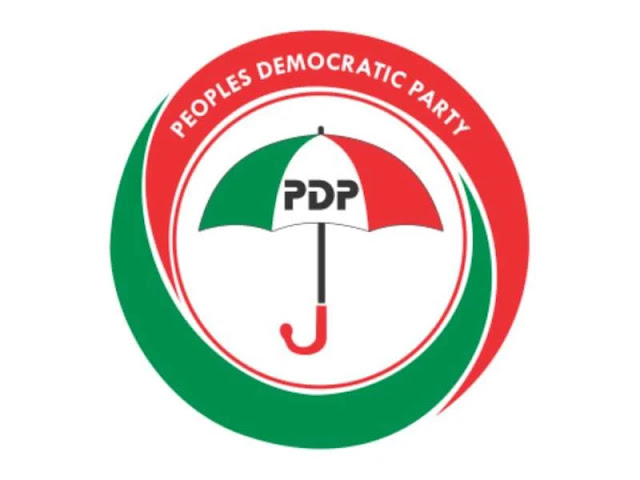 Sen. Walid Jibrin, chairman of the PDP Board of Trustees, yesterday asked party members to maintain their composure amid the simmering conflict between Atiku Abubakar, the PDP's presidential candidate, and Governor Nyesom Wike of Rivers State, promising that the issue will be resolved soon.
This occurred on a day when Benue State Governor Samuel Ortom said there was nothing wrong with Wike's willingness to welcome candidates and leaders from other parties.
In a similar vein, Onwuasoanya FCC Jones, Director, Strategic Communication of the Peter Obi Support Group, noted that Obi's visit to Wike was a part of the Labour Party, LP presidential candidate's efforts to redraw the political landscape of the nation in accordance with the interests of the people.
Atiku had appointed a seven-man team led by Governor Ahmadu Fintiri of Adamawa State, to hold discussions with Wike’s team, led by former Information Minister, Professor Jerry Gana.

The two camps are billed to meet in Port-Harcourt on a date yet to be announced.

But in a statement the BoT Chairman, Senator Jibrin noted that contrary to the generally held belief among Nigerians, what was happening within the party was not a crisis but rather a misunderstanding among family members.

The BoT chairman promised that the misunderstanding will soon become a thing of the past as relevant organs of the party were already working towards resolving outstanding issues.

The statement reads: “I wish to call on all members of PDP and all Nigerians to remain calm and never create bad blood and confusion on the state of our party.

“All efforts are on the ground to reconcile Wike, the party and the presidential candidate, Alhaji Atiku Abubakar.

“What is happening now should never be categorised as a problem but misunderstanding within the party.

“At this period leading to the 2023 elections, we should concentrate on how to win all positions to be contested and seriously adhere to the provision of the party constitution.

“My strong advice is for us to give strong support to the present Reconciliation Committee set up to resolve all issues. Thereafter, the BoT, the highest advisory organ of the party will give more encouragement leading to greater success of PDP.”

Reacting to Governor Wike’s meeting with the presidential candidate of LP, Governor Ortom of Benue State said anybody is free to welcome any associate.

Mr Obi had met with Wike and some PDP leaders at his PortHarcourt private on Monday.

Responding to dissents against the meeting, Ortom said: “The challenges facing the country transcend partisan politics. In the end, the solution to the challenges of Nigeria is what matters.

“Where we are today calls for all hands to be on deck. I am free to receive any candidate who comes visiting or seeking an audience with me. I cannot say no when such a request comes.”

Similarly, Mr Jones, who is Director, Strategic Communication of the Peter Obi Support Group, said there should be no hasty conclusions to ongoing consultations.

He said: “I can confirm to you that there are key members of the PDP and the All Progressives Congress, APC, who are major supporters of the New Nigeria project as being piloted by Mr Peter Obi.

“I will not give you names, but I can assure you that strategic discussions are ongoing among Nigerian patriots across the party divide to rescue Nigeria from imminent collapse, and there is already a consensus among every patriotic Nigerians that Obi is the vehicle to actualize this goal.”

He was, however, quick to add: “Nigerians should not expect any quick conclusion to the ongoing consultations, as some of these discussions will continue until a few days to the election.”
Chima Ugo is a patriotic Nigerian, a journalist, blogger and singer who is so much interested in the internet, journalism, and blogging and have been for half a decade.