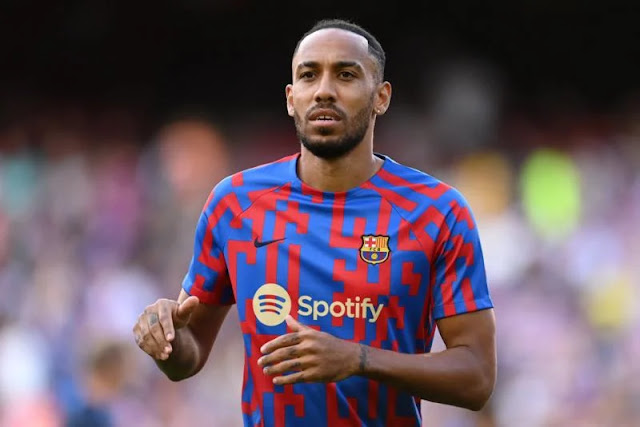 Pierre-Emerick Aubameyang is reported to have broken his jaw after being hit with an iron rod on the chin during a horrific home invasion robbery.
The Barcelona striker's problems, which are currently hindering a transfer to Chelsea before the deadline on Thursday, may necessitate surgery.
In front of his wife Alysha Behague and their two terrified children, Aubameyang was reportedly assaulted by a group of four guys and threatened with weapons and iron bars early on Monday morning.
Although negotiations for the 33-year-transfer old's to Stamford Bridge are still ongoing, neither Barcelona nor Chelsea have reached an agreement on the former Arsenal striker's personal terms.
According to The Athletic, if Aubameyang does decide to join Chelsea, his facial injuries would prevent him from being able to play immediately away.
Aubameyang might require surgery to address the problem sooner than if the jaw were allowed to heal normally.
Due to Chelsea's urgent need for a new forward and Barcelona's urgent desire to sell players, it is not anticipated that the problem will cause the deal to fall through.
However, given that talks are still taking place until Thursday night's transfer deadline of 11 p.m., a loan move to the west London club cannot be completely ruled out.
Chima Ugo is a patriotic Nigerian, a journalist, blogger and singer who is so much interested in the internet, journalism, and blogging and have been for half a decade.