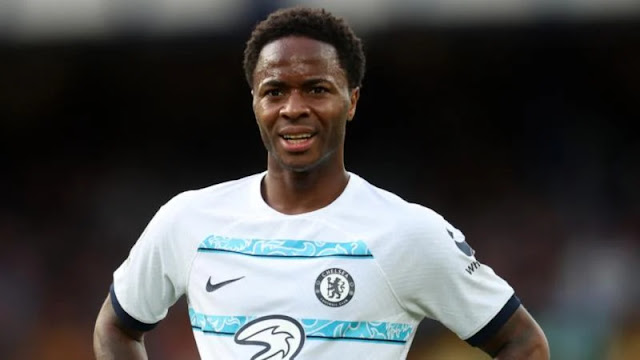 Raheem Sterling has admitted that before leaving Manchester City to join Chelsea, he was left "fuming" and "raging."
Sterling spent seven trophy-filled years at the Etihad Stadium, where he scored 131 goals in all competitions and won the Premier League four times.
Sterling went in quest of a fresh challenge as he neared the final year of his contract because Pep Guardiola did not give him as much playing time in his final two seasons at the Etihad Stadium.
“At the time I was fuming, raging, but it’s gone, it’s in the past and I can only focus on the present, which is now, here at Chelsea, and the opportunity I’ve got here to go out and showcase my talents once again,” he told Sky Sports.

“Everyone wants to feel wanted, and football is no different. When you play your heart out, sacrifice some of your kids’ birthdays, and then get treated in a certain way, it’s disappointing.”

“Misunderstandings, contracts running down. It was a shame to see how it ended in the end because I had such a great time there.”

“As a player, you always want to do your best and help your team, but when you don’t think things are going fairly, it’s always a disappointment. But as I said, I was always up for a challenge and make sure I am always ready.”

Sterling is still waiting for his first Chelsea goal as the Blues travel north to take on Leeds United on Sunday.