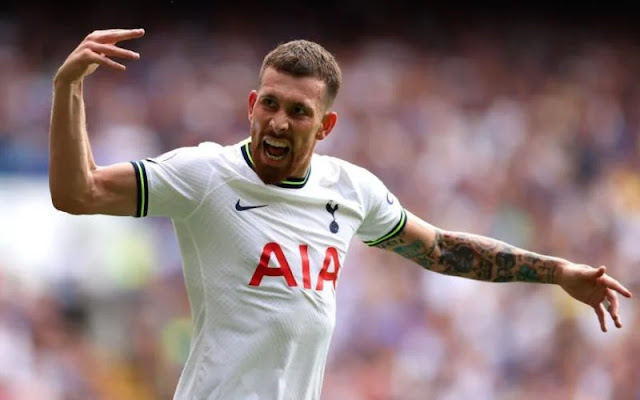 Casemiro, a defensive midfielder for Real Madrid, is about to leave for Manchester United.
The South American will join Erik ten Hag at Old Trafford, pending clearance from medical examinations and a visa, according to the club's official website.
Los Blancos manager Carlo Ancelotti was eager to reassure supporters that the La Liga champions are capable of signing a direct replacement before Casemiro's upcoming departure to the Premier League, and recent rumours have backed that up.
According to Marca, Ancelotti told reporters on Friday: "I spoke with him this morning. He wants to take on a fresh challenge or chance.
“The club understands him for what he has done and for the person he is. There are negotiations, nothing is official, but his will to get out of it is clear. If there is an agreement, we have resources to replace it.”

The Tottenham Hotspur midfielder Pierre-Emile Hojbjerg has now emerged as a target for the Spaniards, according to Football Insider.
It has been reported that Ancelotti's team has contacted the 27-year-old international from Denmark.
Daniel Levy is unlikely to approve a deal, despite Real Madrid's interest and need to fill Casemiro's position.
Fans will be relieved that there are no intentions to sell the former Southampton midfielder, but with Real Madrid showing interest, the Lilywhites could want to think about giving him a better deal if they are determined not to lose him.
The 27-year-old’s current deal expires in 2025 and although that is still some way off, protecting themselves from future approaches may be wise.
Chima Ugo is a patriotic Nigerian, a journalist, blogger and singer who is so much interested in the internet, journalism, and blogging and have been for half a decade.