Rivers 2023: APC candidates storm out of court, protest against judge 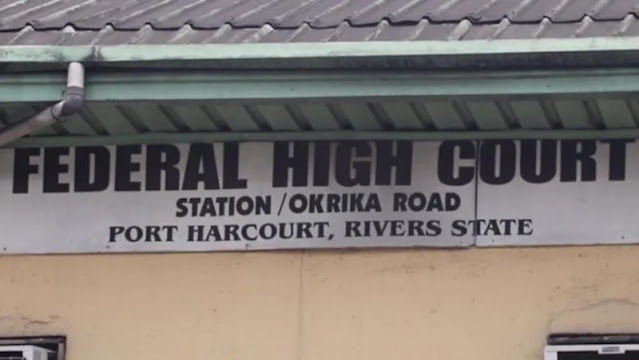 The All Progressives Congress (APC) National Assembly candidates for the Rivers State general election in 2023 have protested against Justice Stephen Daylop-Pam of the Federal High Court in Port Harcourt's reluctance to recuse himself from a petition seeking their disqualification.
The candidates reiterated their consensus that the judge shouldn't handle the case brought by the Peoples Democratic Party (PDP).
When the issue was brought up in court on Monday, the candidates were not pleased when the judge declined to record their objections.
When the case came up in court, Den Nweigwe, SAN, the PDP's attorney, informed the judge about problems with the service of process.
But the candidate of APC for Ikwerre-Emohua Federal Constituency, Ezemonye Ezekiel, who appeared for himself, reminded the judge of their petitions against him.

The judge, without taking a record of his complaints, adjourned the matter to September 20th for a hearing.

The angry candidates stormed out of the court lamenting that the judge had justified their earlier fears that there was a plot to destroy their political destinies.

The APC candidate for Rivers West, Asita Honourable, appealed to the judge to respect their stance and withdraw from their matter.

Asita said: “If he hears the matter and decides in our favour, the ordinary impression will be that because we petitioned and he is trying to favour us. If he rules against us it will justify our suspicion. We are appealing to him to leave our case.

“There are many judges in the federal high court. We say we don’t have confidence in you. We are not saying you should give us judgement.

“We say we don’t trust you. What is so difficult in a judge withdrawing from a matter. Was he employed because of our case? We are begging him to remove his hands from our case”.

In his remarks, Ezikiel, who is also a lawyer, said the decision of the judge to adjourn the matter for hearing without exhausting issues contained in their petition was distasteful.

He said: “I brought to the attention of his lordship my pending petition supported by the other defendants asking him to recuse himself but he refused to entertain it at all. Instead, he adjourned the matter for hearing. It is distasteful to me as a litigant and as a lawyer.

“When a judge has a petition before him to recuse himself, that petition must be attended to first. It is just like the issue of jurisdiction. If I don’t have confidence in a court to hear my matter, there is nothing that the court should do other than recuse himself and send back the file for reassignment”.
Chima Ugo is a patriotic Nigerian, a journalist, blogger and singer who is so much interested in the internet, journalism, and blogging and have been for half a decade.