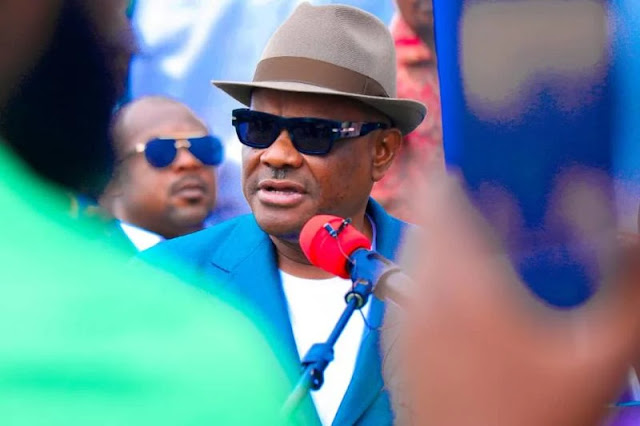 The Non-indigenes Association in Rivers State (NISRS) has given Governor Nyesom Wike a vote of confidence because he has given the state's residents important projects.
Wike has pursued the public interest and displayed competency as a leader, according to Mr. Felix Ogbegbor, Chairman of NISRS, who spoke to journalists over the weekend in Port Harcourt.
Ogbegbor gave the assurance that his organisation would only support and work for candidates in the state who followed Wike's instructions, according to him.
He said: “The Governor of Rivers State is the pride of the people. Wike has all it takes to be Nigeria’s president. We are here to support a young man who knows what it takes to please his people.

“For the past seven years we have not seen the kind of development he is delivering. He always attracts good things to Rivers State.

“He is not doing it because of himself but for the state. We have decided to follow him. Whatever he says we should do that is what we will do. What person he wants to vote we will. Anywhere he goes we will go.”

Similarly, the non-indigenes association has also thrown their support on the Presidential Candidate of the Labour Party (LP), Peter Obi.

The group advised the Rivers State’s governor to support the candidacy of Obi and shun the candidates of the Peoples’ Democratic Party (PDP), Alhaji Atiku Abubakar, and that of the All Progressives Congress (APC), Senator Bola Tinubu.

They said their resolve is based on the antecedents of Obi as governor of Anambra State, adding that he has better plans to reposition the country.

Ogbegbor explained that Nigeria does need a leader that is above 70 years old, adding that Tinubu and Atiku could not lead the nation out of its current economic and security challenges.

He said: “I think Peter Obi is the best person that Wike should support. Atiku Abubakar and Bola Tinubu don’t have anything to offer.

“If you look at it, Atiku, when he was the vice president was busy buying Nigeria. Tinubu is out of the race because he bought the whole Lagos as a governor.

“If Atiku cannot step down for Wike, I think Peter Obi is the best candidate because others do not have anything to offer. We don’t need an elderly person in that office again. The others are above 70 and we need a candidate within 60yearrs. If Wike supports Obi, we will be rightly behind him.”
Chima Ugo is a patriotic Nigerian, a journalist, blogger and singer who is so much interested in the internet, journalism, and blogging and have been for half a decade.