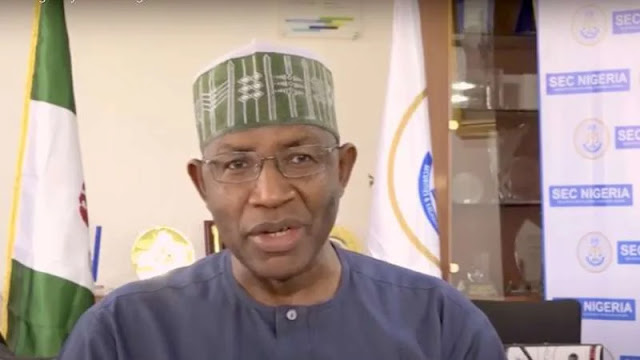 According to the Securities and Exchange Commission (SEC), ponzi schemes are a "cancer" that hinders the efficient operation of the capital market.
This was stated by SEC Director-General Lamido Yuguda on Friday in Abuja following the Capital Market Committee (CMC) meeting.
Yuguda disclosed that the commission has waged a fierce battle against Ponzi schemes, in which individuals operating without a licence extort money from unsuspecting victims.
According to him, the Commission has been collaborating with other organisations to limit ponzi schemes' access to advertising platforms.
”We have been saying that people should only deal with registered operators that have the registration of the Commission.

”You must confirm that an operator is licensed with the Commission before you patronise them.

”We have done a lot of sensitisation to discourage people from patronising ponzi schemes but unfortunately, a lot of people still patronise them.

”We have cases reported to us and our enforcement and police unit have been working on many of these cases trying to resolve issues of investment that have been lost.

”It is not really difficult to recognise a ponzi scheme.

When a return is too good to be true, desist from it,” he said.

He informed that the Commission was collaborating with the Economic and Financial Crimes Commission (EFCC) to fight money laundering and ponzi schemes.

Yuguda said the Commission would continue to enlighten the public to desist from patronising ponzi schemes.

The director-general said that the 2021-2025 revised Capital Market Master Plan (CMMP) would be launched at the next CMC meeting in November.

He said the revised CMMP would help the market to meet up with current and relevant trends
Chima Ugo is a patriotic Nigerian, a journalist, blogger and singer who is so much interested in the internet, journalism, and blogging and have been for half a decade.